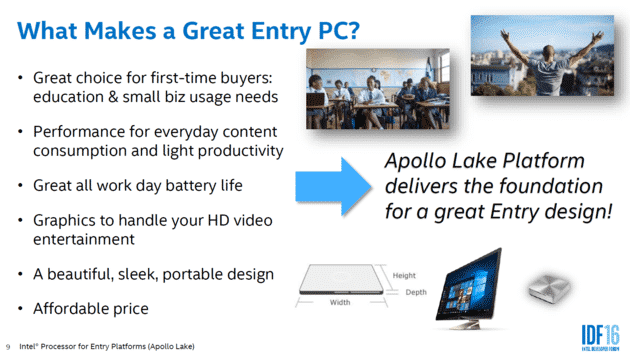 Apollo Lake processors from Intel have officially been announced, which only means that future mobile devices ranging from entry-level to mid-ranged notebooks, hybrids and tablets are going to become more powerful and efficient in the future. During the Intel Developer Forum (IDF), the processor manufacturer showed off the latest chips and they have been fabricated on the 14nm Goldmont architecture, which will only mean improved Instructions Per Cycle performance and improved GPU performance as well. 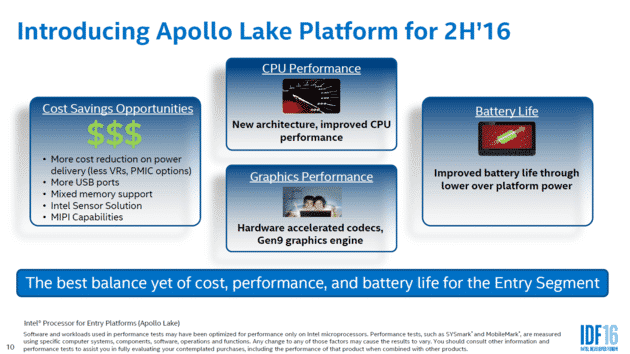 The Apollo Lake list of processors are going to feature chips running in either a dual-core or quad-core package and will feature an extremely power efficient consumption value of 6W, and peak wattage up to 10W. These processors will be available in a BGA (ball grid array), meaning that they will come permanently incorporated onto their packaged motherboards. 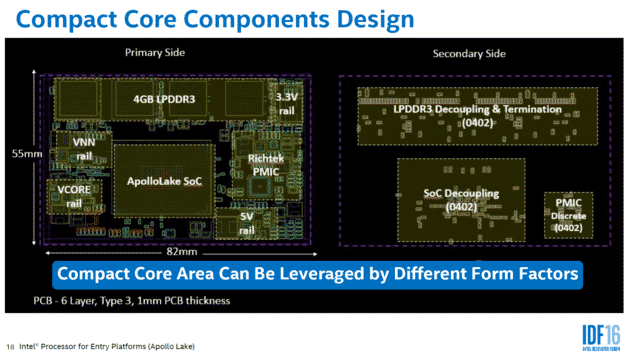 While details regarding base clock speeds have not been stated, the Goldmont architecture will have a boost clock speed that will go up to 2.7GHz. Their efficiency will also mean that manufacturers can afford to slim down the thickness of their products massively and while the manufacturing process as remained at 14nm, the improvement of the architecture will result in higher performance and efficiency compared to their predecessors. 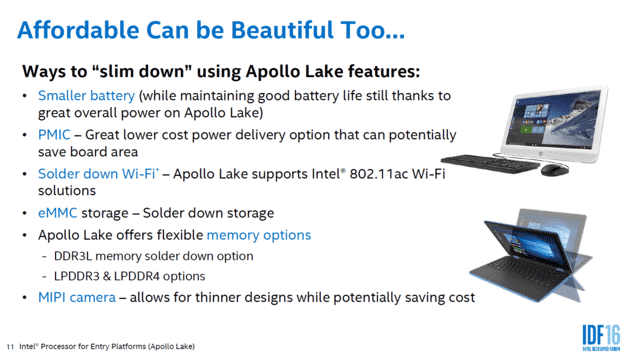 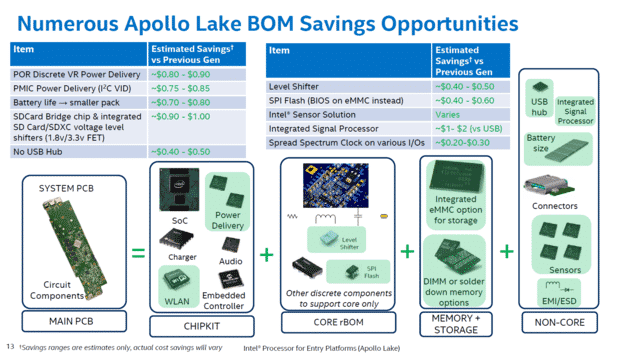 According to Intel, the Apollo Lake chips are expected to be present in products during the second quarter of 2016.