Many of the torrent sites are not known for their advanced security features, but KickassTorrents has recently made a change in this direction. KickassTorrents has become the first public torrent site to offer two-factor authentication to its users. This new feature is called “multi factor authentication” that allows the users to increase their privacy by installing that extra layer of protection, making it difficult for malicious parties to compromise their accounts.

This kind of two-factor authentication feature is also provided by Twitter, Facebook and Google for their users, TorrentFreak noted.

“Using a username and password together with a piece of information that only the user knows makes it harder for potential intruders to gain access and steal that person’s personal data or identity,” KAT’s Mr. Gooner of the KickassTorrents explains.

By using this feature, a user would need more than a username and password to unlock, he added. 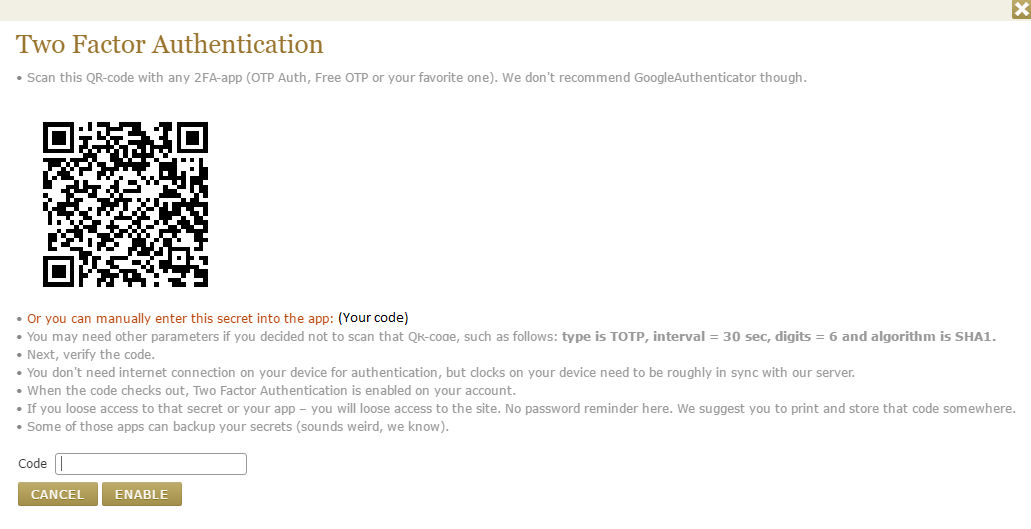 “Two Factor Authentication, also known as 2FA, two step verification or TFA (as an acronym), is an extra layer of security that is known as “multi factor authentication” that requires not only a password and username but also something that only, and only, that user has on them, i.e. a piece of information only they should know or have immediately to hand – such as a physical token,” Mr. Grooner wrote in KAT forum.

“Using a username and password together with a piece of information that only the user knows makes it harder for potential intruders to gain access and steal that person’s personal data or identity.”

A popup will appear with a QR code and the user will have to use a third-party authentication app to scan the code, which is then required to login to the account. This means that even if one’s password is compromised, outsiders can’t get into the account.

However, Mr. Grooner cautioned that users should not use an app that asks for their personal information such as bank details. Additionally, KickassTorrents has also stated that they do not endorse users to use an app that would ask them for the phone numbers.

Even though there is very little valuable information to “steal” from a KickassTorrents account, quite a few people can appreciate the extra layer of security. After all, it is better that some download and upload habits are kept private.

When this feature is enabled, every time the user tries to login, they will be prompted to input the code provided. However, if the user forgets the code then he or she cannot open the account. Hence, as a precaution, it’s wise to write down the code and store it somewhere safe.