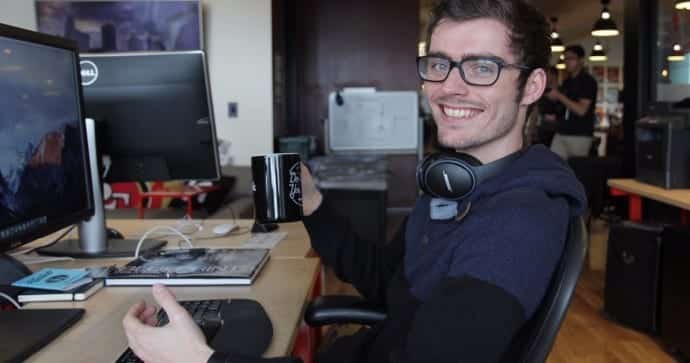 25 year-old cofounder of HackerOne makes $100,000 a year from finding bugs

Bugs are a major pain to the tech industry because a single unpatch bug can mean a worrisome data leak of millions of users of that particular product. Hunting for bugs by default becomes a prized profession and bug bounty hunters are known to make good amount of money. But 25 year-old Jobert Abma takes the cake of being a hacker and a bug bounty hunter rolled into one.

Abma is the cofounder of a hot new startup called HackerOne which is into the business of bug hunting. Abma has been breaking into computers since he was 13 and he has been helped in it by his best friend Michiel Prins who is also the cofounder of HackerOne.

Growing up in the Netherlands, Abma gave Prins an unusual graduation present: the username and password to a local TV station that did a regular news broadcast about the school. The duo then took control of the TV station and ran their own broadcast on live TV instead.

“The TV station was not amused,” Abma told Business Insider.

The teachers blamed Prins, who was a year older than Abma, for the hack, and “he never told them that I was to blame,” Abma says. Prins wound up having to do 25 hours of community service washing windows, but “that’s what best friends are for.”

Next up, both of them attended college together at Hanze University of Applied Sciences in the Netherlands. In college they found a flaw in the software that managed grades of the students. Instead of using the flaw for increasing their grades, they told software vendor about the flaw and never heard back, Abma recalls.

“We made so much money on that contract that we could pay for our college tuition,” he says. “We were going to college and at the same time working for the university.”

The university lauded their work published their research.

With this background, the two moved to San Francisco and cofounded HackerOne along with Merijn Terheggen and Alex Rice, the former head of product security at Facebook.

HackerOne is a website where companies can ask hackers to attack them, and then pay fees based on the holes found. The scarier the hole, the bigger the fee. HackerOne takes a 20% commission in all the bug discoveries that its hackers make.

HackerOne gives the tech company access to tailormade and screened pool of top quality hackers. It also offers the hackers pentesting software and tools for finding bugs. Its customers include everyone from big tech companies to startups, including the Department of Defense, GM, Slack, Twitter, Yahoo, and Uber.

The startup has 500 customers and about about 50 employees and has raised $34 million in funding.