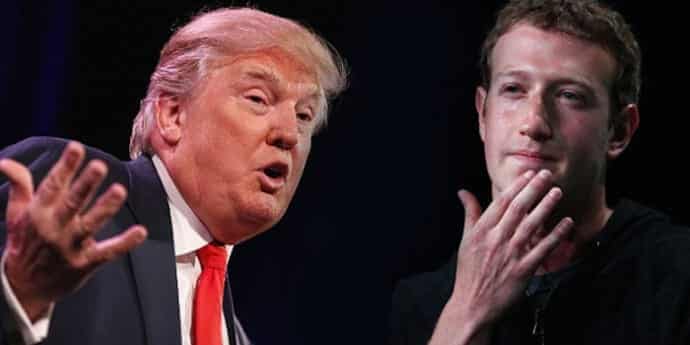 After all the digs that Mark Zuckerberg, CEO of Facebook took at Donald Trump, finally Facebook is sponsoring his convention. Facebook will sponsor Donald Trump at the Republican National Convention (RNC) in Cleveland, Ohio, where he is expected to be announced as the Republican Party’s presidential nominee, according to Recode.

Facebook says its participation “should not be interpreted as an endorsement of any candidate, issue or political party,” reported Recode. It plans to do the same at the Democratic National Convention in Philadelphia.

This comes as a surprise as Mark Zuckerberg, CEO of Facebook last month had used the Facebook’s developer conference to indirectly criticize the immigration policies of Republican front-runner Trump.

“I hear fearful voices calling for building walls and distancing people they label as ‘others.’ I hear them calling for blocking free expression, for slowing immigration, for reducing trade, and in some cases even for cutting access to the internet,” Zuckerberg said at the time.

Erin Egan, Facebook’s vice president of public policy, said in a statement, “This support allows Facebook to facilitate an open dialogue among voters, candidates and elected officials during the conventions, just as it has during other critical moments in the US elections and in elections around the world.”

Facebook added that it would offer up “financial and other support” for both conventions. At the RNC, it will host something called the “Facebook Lounge,” which is designed to “showcase election-related activity happening on our platform.”

The announcement has angered a coalition of organizations that have launched campaigns urging technology companies and other corporations not to sponsor the party of Trump.

“They’re really wrapping their arms around Trump,” said Heidi Hess of CREDO Action. “We will certainly try to get them to reconsider their decision.”

Activists held a #DumpTrump protest outside Google last week, and the video will be advertised to more than 10,000 employees of Google, using micro-targeting – on Facebook.

On Thursday, CREDO released video featuring clips of Trump’s most provocative stump speeches, describing Mexican immigrants as drug dealers and rapists, calling for a ban on Muslims entering the United States and demeaning Democratic presidential front-runner Hillary Clinton, and criticizing Google for its decision to sponsor the RNC.

Facebook is not the only tech company facing criticism for its sponsorship of the GOP convention. CREDO is also pressuring software giant like Microsoft to withhold support for the GOP’s nominating event.