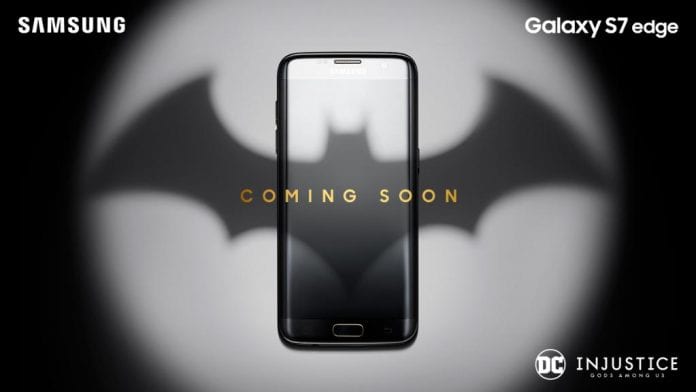 First it was the Avengers, now Samsung to release Injustice Gods Among Us themed Galaxy S7 Edge

However, the game was inspired by the graphic novel in which Superman kills The Joker for destroying the city of Metropolis and forcing him to murder the love of his life, Lois Lane and their unborn child. The game allows the player to take up the role of several characters from the DC comic book universe in a 1-on-1 fighting experience.

However, it does seem strange that Samsung would be announcing the Injustice Gods Among Us version, especially when the game was announced a long time back. However, this could also prove that the successor of the game is going to be announced soon. As for the hardware specifications of Galaxy S7 edge, the device features a 5.5-inch display with a QHD resolution and a massive 3,600mAh battery capacity.

One of the biggest strengths of the smartphone is its ability to capture images instantaneously thanks to its 12.3MP rear camera sensor. Till now, both Galaxy S7 and Galaxy S7 edge feature the widest aperture found on a smartphone camera, which speaks volumes of how great the actual image and video quality is going to be. Galaxy S7 edge also provides support for a microSD card slot and can support a maximum capacity of 200GB.

We are sure that the Galaxy S7 edge Injustice Gods Among Us version is going to be more expensive than the regular version and only a selective number of units are going to be made, and will be targeted to those die-hard comic book fans.