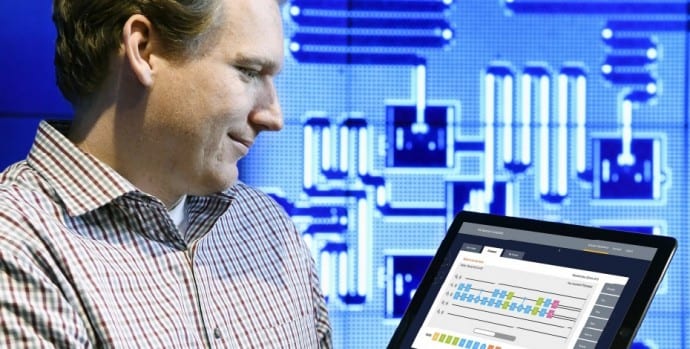 Quantum computing, which is expected to be the next big thing in computer technology, is now going to available for free to anyone interested in playing with it online. Thanks to IBM’s state-of-the-art processor.

IBM has launched the world’s first cloud-based quantum computing technology, called the IBM Quantum Experience, for anyone to use. It is an online simulator that allows anyone to run algorithms and experiments on the company’s five-qubit quantum computer.

“The classical model of computing used today is on the verge of reaching its limits,” IBM states on a Web page introducing the project. “The power of the quantum computer is that it is based on a logic that is not limited merely to on-or-off, true-or-false scenarios… these more complex calculations can be used to re-imagine computing,” it continues on a page explaining quantum computing’s basic principles.

Starting May 4, virtually anyone will be able to access IBM’s quantum processor. All they have to do is request an invitation from IBM and let the company know how experienced they are with quantum computing.

The technology company said on Wednesday that it is giving the world access to one of its quantum computing processors, which is yet an experimental technology that has the prospect to perform much faster calculations than today’s computers.

The technology has until now only been available to tech firms and government agencies, such as Google and NASA, and some universities due to the expenses, complex equipment and high levels of computing expertise required to run quantum computers.

IBM’s Quantum Experience aims to offer “students, researchers and general science enthusiasts” hands-on experience with the technology, “allowing users to run algorithms and experiments, work with [qubits], and explore tutorials and simulations around what might be possible with quantum computing,” IBM says.

You can now access IBM’s five-qubit quantum computing processor, which is located at its a research center in Yorktown Heights, New York, through the cloud to run experiments and test applications. There, IBM keeps it stored inside a cryogenic refrigerator at almost -460 degrees Fahrenheit (-273C, or near absolute zero), so that it can keep cool while computing.

To access the quantum computer, all you will need to do is request an invitation from IBM through a web form that will ask for your institution details and your level of computing experience.

“This moment represents the birth of quantum cloud computing,” said Arvind Krishna, senior vice president and director of IBM Research, in a statement. “By giving hands-on access to IBM’s experimental quantum systems, the IBM Quantum Experience will make it easier for researchers and the scientific community to accelerate innovations in the quantum field, and help discover new applications for this technology.

In theory, quantum computers can be much quicker than traditional computers, as they take advantage of quantum mechanics.

Currently, computers are powered by transistors that can only store one “bit” of information, which is displayed as a 1 or a 0. Quantum computing, however, is based on superpositioning, or the idea that quantum bits (qubits) can store both a 1 and a 0 simultaneously. This means that 2 qubits could potentially have 4 values at the same time: 00, 01, 10, and 11.

According to IBM, a quantum computer with just 50 qubits would be more powerful than any of the supercomputers available today. The company thinks that medium-size quantum processors of 50-100 qubits could be realized within the next 10 years.

Users who want to access the quantum processor will be able to stay in the comfort of their homes or offices, using the cloud and their own computer or mobile device.

Depending on how the new service is received, IBM will work towards making more quantum infrastructure accessible to the public. “We want to start, and we want to see how the community reacts to this,” says Jerry Chow, Manager of IBM’s experimental quantum computing group.