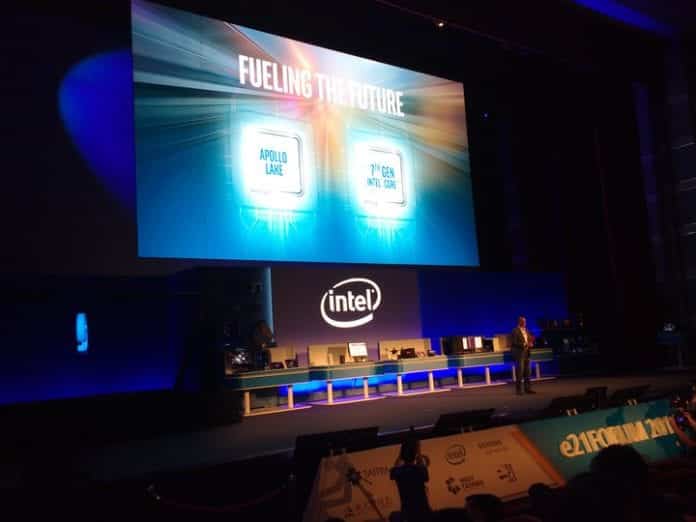 After waiting for a significantly long period, we now know that Intel’s Apollo Lake series of processors are going to be released shortly, Apollo Lake is manufactured on the same 14nm process as its predecessors, but according to Engadget, the improved architecture will mean that tablets and 2-in-1 hybrids that deliver astounding battery life.

The latest chips have been fabricated on the 14nm Goldmont architecture, which will only mean improved Instructions Per Cycle performance and improved GPU performance as well. The Apollo Lake list of processors are going to feature chips running in either a dual-core or quad-core package and will feature an extremely power efficient consumption value of 6W, and peak wattage up to 10W. These processors will be available in a BGA (ball grid array), meaning that they will come permanently etched onto their packaged motherboards.

While details regarding base clock speeds have not been stated, the Goldmont architecture will have a boost clock speed that will go up to 2.7GHz. Their efficiency will also mean that manufacturers can afford to slim down the thickness of their products massively and while the manufacturing process as remained at 14nm, the improvement of the architecture will result in higher performance and efficiency compared to their predecessors.

USB-C might also be a part of the configuration, and this interface has a ton of advantages compared to interfaces like USB 3.0. For starters, USB-C will be able to transfer up to 10Gbps, which is twice the data bandwidth of USB 3.0. Additionally, USB-C will also be able to transfer up to 100 watts of power while transferring data at the same time.

If you haven’t purchased a tablet or a 2-in-1, then you might want to hold off on to your purchase for now because Apollo Lake processors are going to be a real treat when they start showing their abilities in upcoming products.