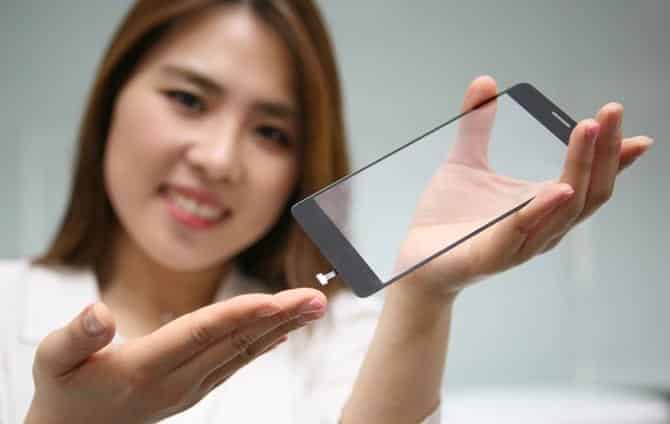 Fingerprint sensors are either mounted on the backside of the smartphone, or integrated in the home button, but the fact remains that they require a physical button or sensor with a form of a depression that needs to unlock the phone. However, LG Innotek, a subsidiary of the company has announced a new fingerprint sensor module that will be placed under the home button.

LG was able to make this possible by cutting a shallow furrow of 0.01 inches (equivalent to 0.3mm) thick on the lower backside of the cover glass and installed the fingerprint sensor inside of it using their supreme precision and combination technology. Since the sensor is placed behind the glass, manufacturers will be able to produce more handsets boasting smaller levels of thickness, because according to them, a smartphone being sleek is the definition of aesthetics.

However, one advantage is that the high-strength cover glass like Gorilla Glass protects the sensor, it also prevents it from coming in direct contact with water or damage from scratches. Now, when we talk about accuracy, this new module is the almost same as the button type with a false acceptance rate (FAR) of 0.002%.

With phones also featuring biometric sensors, the combination of both of these security features should improve overall security in an Android smartphone. However, LG Innotek has not provided any details as to when such modules are going to be present inside mobile devices. Now we know that technological improvements are pushing manufacturers to make their flagship products even sleeker than before, but that is not necessarily a good thing, especially when you have battery life to think about.

Slimmer phones compromise over the battery capacity, and we fear that this might be the fate of future smartphones.