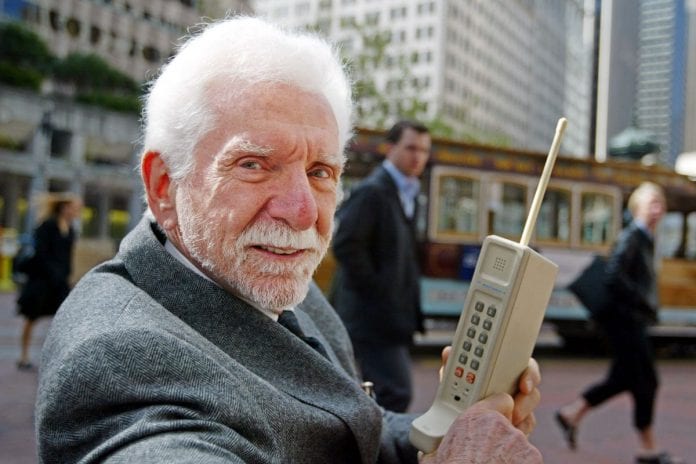 Marty Cooper, the inventor of the cell phone might be under the impression that the smartphone is definitely a mobile computing marvel, but he also thinks that charging your phone continuously is going to be a problem when he tells CNN the following:

“Keeping your phone charger around is a real annoyance. And I think it’s going to be an increasing problem.”

However, the inventor of the cell phone believes that the future is not far till the point when our bodies are covered with different connected devices ranging from watches, glasses and clothing, even though you will still need to charge them. However, the best part is that you will not have to remove them to charge them as he again tells CNN the following:

“You won’t want to take all them off and plug them in. That’s why they ought to be charging all the time.”

There are many companies that are attempting to do just that; keep your wireless gadgets charged all the time and every one of them has a different kind of solution. Wi-Charge thinks lasers should beam signals from ceiling fixtures to cell phones while U-Beam has bet on powering phones with sound waves. What does Marty Cooper think? He things that the market is going to be led by Energous, which wants to charge your cell phone using radio frequencies. Before you ask, Cooper sits on Energous’ board, which might give you the impression that the inventor is becoming a team player for being on the board.

However, Energous has an idea that actually sounds nice; by converting radio waves into battery-replenishing power, wireless gadgets equipped with special receivers can literally pull energy right out of the air, enabling them to charge while sitting in your purse, pocket, or wherever they are. Energous will shortly announce that it has received FCC approval for its miniature transmitter, which can power specially equipped gadgets. The Miniature WattUp transmitter can power hearing aids, medical devices and other tiny wireless devices.

Unfortunately, there are limitations to the technology that the FCC approved. It only includes very small gadgets that have embedded chips that are compatible with Energous’ technology and those gadgets need to be in direct contact with the Miniature WattUp transmitter. Regardless it is still a terrific milestone and will no doubt pave the way for bigger and better things.