Samsung dives from smartphones to surfboards with ‘Galaxy Surfboard’

After witnessing a plethora of gadgets ranging from wearables, to crowdfunded projects that have the craziest of ideas, Samsung was the last tech company that we thought of that would ever produce something as interesting as a Galaxy Surfboard. With extreme sports getting smarter, and you continue to see drone racing competitions taking place, we believe that that it should not come as a surprise that Samsung has also ventured into this.

As its name implies, Galaxy Surfboard is a surfboard with a blend of tech inside of it. The product was made possible thanks to the collaboration between Leo Burnett and Johnny Cabianca and if you look at it carefully, you will also be able to see the installation of a LED screen inside of the surfboard itself. 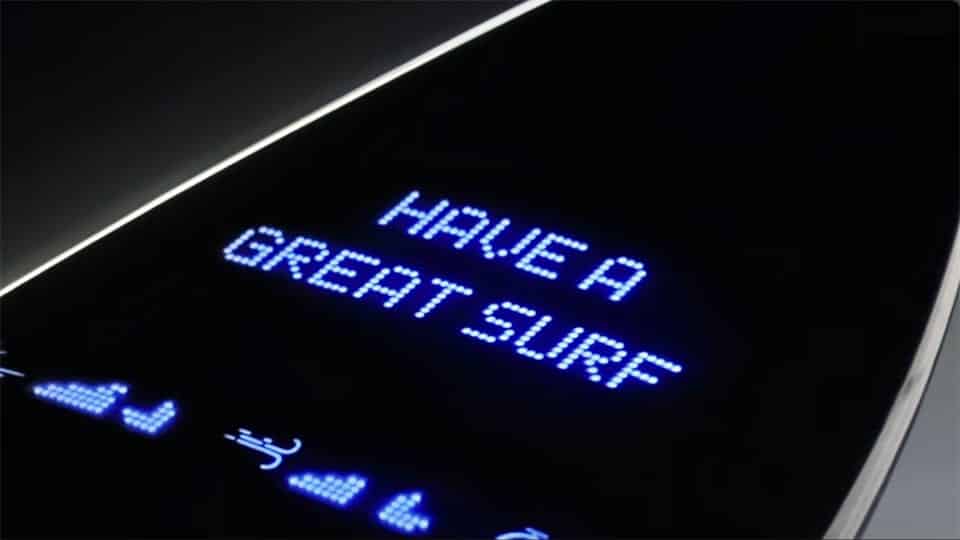 Now what is going to be the primary functionality of the screen? For starters, it will display information ranging from wave conditions, direction of the wind, wind speeds, and several more metrics that will give you an advantage when you decide to take on the tide. Additionally, it will also be able to display tweets from fans to give surfers that added boost of motivation, along with well-deserved tips from their coach and that too in real-time.

While this is definitely something that could distract the surfer, we believe that since Samsung’s Galaxy Surfboard is currently in prototype stages, it is going to take some tweaking before the actual product is ready to be shipped out to consumers, if Samsung actually had intentions of releasing such a product to the market.

If you want to see how a Galaxy Surfboard is able to perform, then we suggest paying close attention to the video.