Nazi coding device sold on eBay for $14, was used to create encrypted messages from Hitler to his generals in the field.

Volunteers from the National Museum of Computing in Bletchley Park, England recently scored one of the best deals in history when they bought a vintage machine used by officials under Nazi Party leader Adolf Hitler on eBay for $14. The military-issue Lorenz teleprinter was advertised as a German telegram machine for £9.50 (equivalent to about $14). This cipher system was used to create encrypted Nazi messages during WWII.

“One of my colleagues was searching on eBay and came across what seemed to be a German Lorenz teleprinter, so we bought it and drove to Essex … and there it was in a garden shed under some rubbish, the Lorenz teleprinter in its carrying case,” said John Whetter, a volunteer at the museum. The volunteer very happily paid 10 GBP for the keyboard and went on his way. 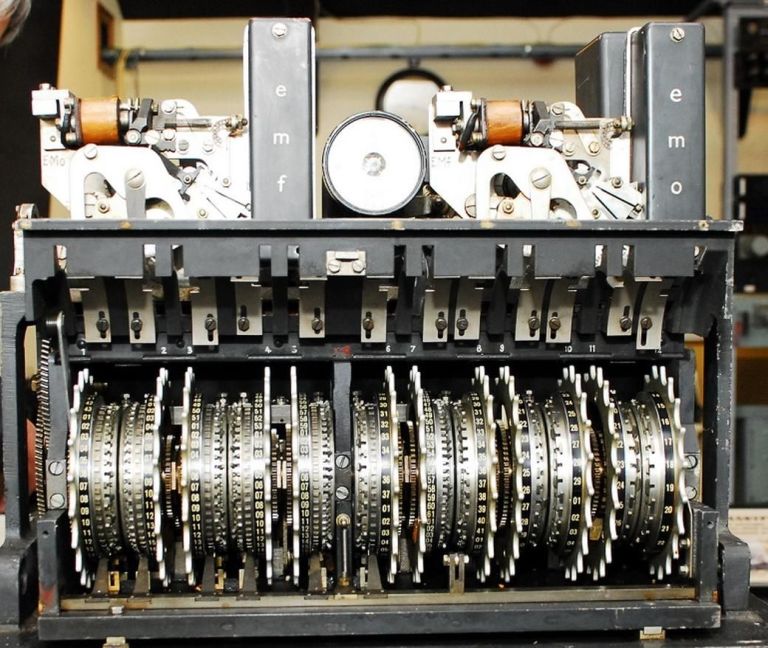 The “teleprinter” looks like a typewriter, and it was used to enter messages in plain German before the Lorenz cipher machine itself used 12 individual wheels to encrypt the message. The extremely rare machine was used by Adolf Hitler and his generals in sending out confidential messages between each other. Compared to the more famous Enigma machine, which sent coded messages to Germany’s frontline units, the Lorenz coding system was utilized to send Hitler’s orders exclusively to commanders and high-ranking officials.

To crack the code, code-breakers had to figure out the starting position of the rotors. The code was first broken after the Germans made a mistake, sending two messages using the same setting. The code in question was cracked by a British man in the 1940s, allowing the Allies to intercept messages while the conflict was still ongoing.

“This was especially important, for example, in the runup to D-Day as the Allies knew that Hitler had swallowed the bait story that landings would be at Calais,” the museum wrote in a blog post.

The museum said that about 200 Lorenz SZ42 cipher machines were in existence during World War II, with historians believing that most of them were destroyed by the German forces upon their retreat at the end of World War 2. Only four are known to have survived. The existence of the machines remained a secret until the 70s.

The Museum of Computing is now one step closer to having a complete, functioning Lorenz machine after finding the teleprinter. However, a motor that powers the machine is still missing.

“It looks like an electric motor in black casing with two shafts on each side, which drive the gears of the Lorenz machine,” explains volunteer John Wetter.

Volunteers hope the public will look out for it. If they can find or build one, they can show the entire World War II coding process with the help of another Lorenz machine on loan from Norway.