Researchers at the Massachusetts Institute of Technology (MIT) and the Ecole Polytechnique Federale de Lausanne (EPFL) following the recent vulnerabilities in Tor, have developed an anonymity network, Riffle that promises to maintain privacy so long as at least one server is safe. In other words, according to the researchers, this newly developed anonymity network Riffle is more secure than Tor.

Riffle was not designed to access the broader Internet, the way many anonymous networks like Tor do. However, it can anonymize transactions across a single network of users more efficiently and more anonymously than a Tor-type network or others.

The researchers are planning to present Riffle, at the Privacy Enhancing Technologies Symposium later this month in Darmstadt, Germany, which they say, has used the existing cryptographic techniques, but in new ways.

According to a news release, a series of servers are what make up Riffle, each of which “permutes the order in which it receives messages before passing them on to the next.” For instance, “messages from senders Alice, Bob, and Carol reach the first server in the order A, B, C, that server would send them to the second server in a different order — say C, B, A. The second server would permute them before sending them to the third, and so on.” By the time they exited the last server, it would be difficult to figure out who is contacting what.

Like Tor, the system also uses onion encryption, wrapping each message in several layers of protection. On top of this, Riffle uses technique called verifiable shuffle to prevent tampering and stop adversaries from infiltrating servers with their own code — a problem affecting other anonymity networks. Last but not least, it takes advantage of yet another technique, called authentication encryption, to verify the authenticity of an encrypted message. The researchers say their system offers strong security while using bandwidth much more efficiently than similar solutions.

In fact, in their experiments, anonymous users were able to transfer large files in one-tenth the time, compared to existing systems.

“The initial use case that we thought of was to do anonymous file-sharing, where the receiving end and sending end don’t know each other,” graduate student Albert Kwon, who helped devise the new system, said in a statement. He added that this could help combat the practice of honeypotting — in which spies offer services through a network like Tor to entrap its users.

“We also studied applications in microblogging, something like Twitter, where you want to anonymously broadcast your messages to everyone,” Kwon added. 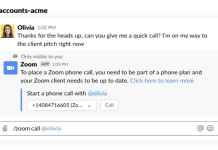