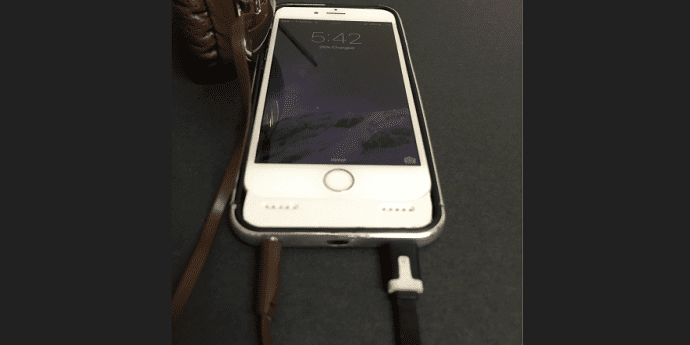 When Apple officially announced its iPhone 7 without the traditional 3.5mm headphone jack, the decision irked a lot of Apple fans. The new iPhone will offer new headphones that connect to the smartphone via a “lightning” charging port and a dongle to make old headphones compatible. However, as the smartphone has only a single lightning port, charging the battery and using headphones is now out of question.

However, a Redditor DungJohnson has shared images of a prototype case with a built-in headphone jack that he claims his brother and his brother’s friend have been working on. The case is built with two Lightning ports and a 3.5mm audio input jack for headphones. He claims the internals are “heavily modified electronics from an iPhone 6 battery case.” In order to restore the headphone jack, the tweaked internals have been fitted for a slim case that adds a bit of length to the device. Since the iPhone 7 isn’t out yet, the duo has been testing the case on an iPhone 6s.

Dung and his brother intend to sell the cases and have set up a website called daptr.com with renderings of the final design. For those interested in the case, can go to the website and join the waitlist for their ideal, final product. The case is expected to go on sale in December 2016 for $49.