Internet service was disrupted for many people in the Eastern and Mid-West United States on Friday after a web-hosting service was attacked by hackers. The outage was massive as can be seen in the image below. 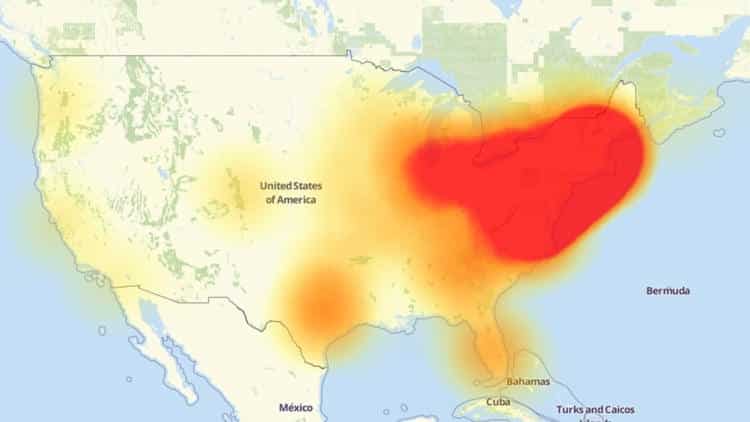 “Some customers may experience increased DNS query latency and delayed zone propagation during this time,” Dyn said in a note posted on its website. “Our Engineers are continuing to work on mitigating this issue.”

Twitter, Spotify, Reddit and The New York Times, among other sites, were all reported to be disrupted, according to numerous postings from people on social media. According to a post on Hacker News , these sites have been affected with many being unable to use their services.

Though reports suggested that it is mostly those based on the US east coast users who are unable to access the Internet, but some European users are also complaining about non-availability of websites.