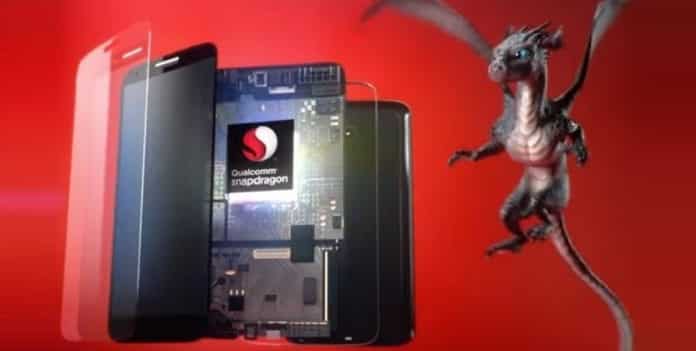 Last month, Qualcomm had taken to its Twitter page to tease that its Snapdragon 835 processor will be revealed at the Consumer Electronics Show (CES) in 2017. Qualcomm will be showcasing the Snapdragon 835 SoC on January 6 during CES 2017, which will be powering this year’s high-end smartphones, like the new Samsung Galaxy S8, ASUS ZenFone, and LG G6. However, a recent blog post of @evleaks leaked new details about Qualcomm’s new Snapdragon 835 chipset along with some important information about the new SoC.

Qualcomm has come up with the very first 10 nanometer mobile processor in partnership with Samsung. The company boldly describes the Snapdragon 835 as “smaller, faster, and more energy-efficient than any chipset in history.” It uses a 10nm design with over 3 billion transistors, staying 30% smaller, 27% faster, and 40% more power-efficient than its predecessor, the Snapdragon 820 SoC. Qualcomm says this will enable manufacturers to create thinner devices with more room for larger batteries. The leaked information also explains how the Snapdragon 835 will be a superior option for various use cases, including app performance, web browsing, and VR (virtual reality).

With Adreno 540 GPU with 25% faster rendering speed, Snapdragon 835 SoC will support 60 times color from what all the other recent chipsets have to offer. There are improvements made in the battery life for the new chipset, saying that it would last for an entire day of talk time, 5 days of music playback and even seven hours of 4k video streaming.

Also, it has Quick Charge 4, which makes the charging process a lot faster and better than the previous Quick Charge 3. Further, a 15 minutes charging session will take the battery to 50% (which means 5 hours of battery life). Combine these with faster wireless (both 802.11ad Wi-Fi and LTE) and your future smartphone should be remarkably faster. Snapdragon 835 SoC has Open GL ES, Vulkan and Direct X12 programming interfaces, which enable it to support 10 Bit, 4k and 60 FPS video playback.

On the camera front, photography has been enhanced with a new generation of 4K video stabilization (EIS 3.0) with advanced yaw, roll, and rolling shutter. Qualcomm has also introduced support for Dual Photodiode and improved the hybrid auto-focus framework to bring intelligent phase and lighting detection. With the introduction of the Clear Sight platform, the chip is also ready to handle a dual camera setup out of the box, which will allow device makers experiment more freely with this technology.

Interestingly, the Snapdragon 835 will also be the first 800-series Snapdragon to fully support the DX12 graphics API, which will coincide with the launch of Windows 10 on ARM in devices set to debut throughout 2017.