Apple founder Steve Jobs drove a car without a registration number! How he managed to break the law is pure genius

As soon as we say Apple, Steve Jobs comes to mind. The maverick founder of Apple is still remembered today for the iconic iPhone and his turtleneck tees. Steve Jobs was perhaps the first entrepreneur to take disruption seriously and that is what he did with iPhone. Disrupted the feature phone and smartphone market to create a new brand. His ideas and innovations set industry benchmark on the gadgets we know today.

However, apart from new grounds with technological innovation, Steve Jobs also did something that is still considered as ‘breaking the law’ or illegal. He always drove a car without a registration number. 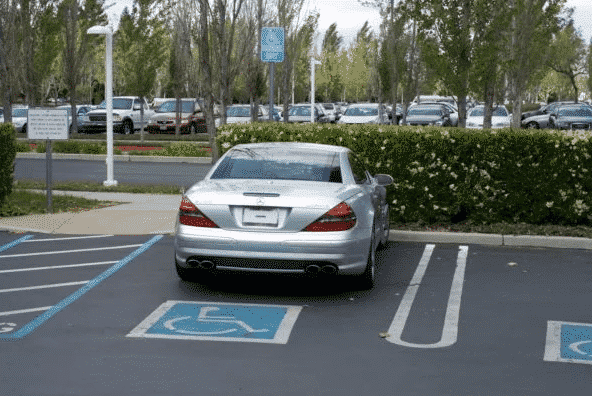 See the above Mercedes? It belonged to the Apple billionaire. Steve Jobs was a simple man and lived a modest life in California. He always drove a silver Mercedes SL55 AMG to and fro from Apple Hq to his residence. But one thing stands out. He always drove his car to his office without any number plate. You may be wondering why Steve Jobs did that and how he managed to break the California law,

We all know that Steve Jobs was a little maverick in the way he conducted himself. He always wore his famous turtleneck tees and drove the same Mercedesedes SL55 AMG for years. 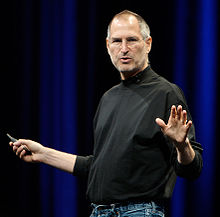 Steve Jobs used this loophole brilliantly to his advantage. He made an arrangement with an automobile leasing company to exchange his car every six months before the due date for registration was due. So throughout his life, he exchanged one silver Mercedesedes SL55 AMG for another identical one.In doing so, he avoided having any number plate on his Mercedes. 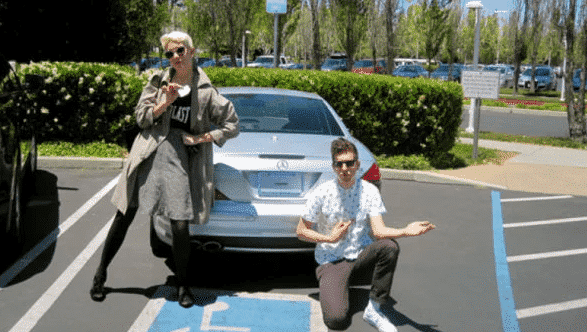 Using this smart trick he smartly drove a numberless car through the streets of California in and around the United States. But why did he do it? Why go through an elaborate charade of exchanging cars just to have a numberless car?

Why did Steve Jobs drive a numberless car?

Steve Jobs is dead and can’t answer this question but someone who knows him has a legitimate answer. According to Walter Isaacson, Steve Jobs didn’t want anyone to track him through his number plate and that’s the reason why he prevented the use of it. Isaacson is the man who wrote  Steve Jobs, the authorized biography of Apple Computer’s Jobs so he knows what he is talking about.

Isaacson doesn’t elaborate about who was Steve Jobs afraid of tracking him so we cannot go further on this issue. But we know that like all those billionaires, Steve Jobs also had some quirky fixation and driving around in a numberless car was one of them.