Amid every increasing suspicion that Kaspersky is in bed with the Russian government, comes the launch of Kaspersky Free – a free version of the software that was made available across the globe immediately. The free version of its anti-virus software is now available in United States, Canada, and several Asia Pacific countries with it being launched in the remaining territories in the coming months. 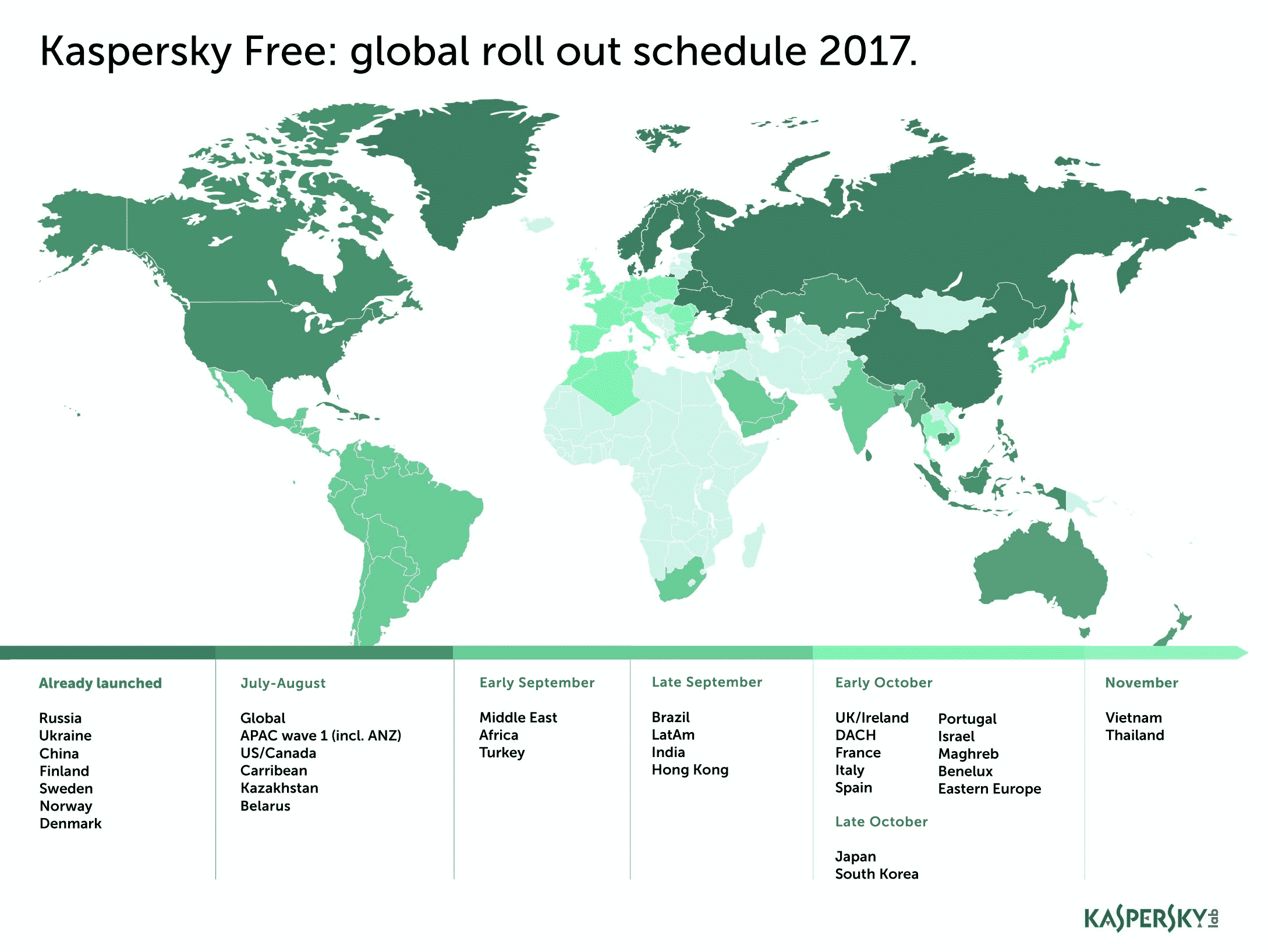 Kaspersky has said that the free version of its security software is not meant to act as a full fledged anti-virus solution since it only offers the bare essential features like email and web antivirus protection and automatic updates and lacks VPN, Parental Controls and Online Payment Protection. Yet, the free version would benefit all customers by improving machine learning abilities across its products.  The company said it had been working on this free version for the past 18 months and had several pilot versions in Russia, Ukraine, China and Scandinavian countries.

Founded in 1997, the company has grown into becoming one of the top anti-virus software companies in the world. Through this rise though,the company has also faced questions regarding their relations with Russia’s Federal Security Service or FSB(the successor to the KGB). Concerns about this connection have only increased after the breakdown of relations between the US and Russia following Russia’s invasion of Crimea in 2014 and later when U.S. intelligence agencies concluded, the involvement of Russian government in the hacking of the 2016 Presidential elections in the USA. While Moscow has denied the hacking allegations, Kaspersky has itself said that the accusations of their relationship with the Russian government lack evidence.

That has not stopped the suspicions however, with FBI officials visiting the homes of Kaspersky employees as part of a counter-intelligence move and members of the Trump administration trying to find ways to remove the company from the list of vendors permitted to sell technology products to its government. There also exists a bill in Congress that would debar the Department of Defense from using Kaspersky products. These suspicions seemed to have taken a toll on Kaspersky however, with the company reporting a fall in its US revenue from $164 million in 2014 to about $156 million in 2016. Maybe the launch of a free version is the company’s attempt to win back some of the lost faith.