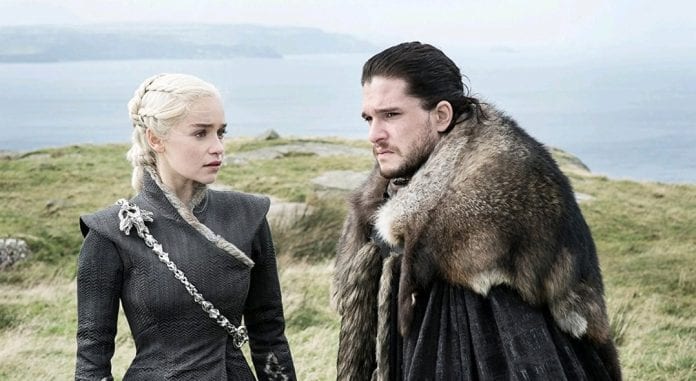 You must have heard the adage “there is a code of honor among thieves” Mr.Smith Group, the hackers who hacked into HBO servers seem to be a living testimony to this code. They had yesterday promised (only reported on Techworm and Independent) that they will leak the entire script of Game of Thrones season 7 episode 7 finale “The Dragon and the Wolf” today. And they did it!!!

A Reddit post detailing the complete storyline of Game of Thrones season 7 episode 7 finale “The Dragon and the Wolf” was made today. The entire leak has the Mr.Smith Group signature as the storyline seems to be intended for internal HBO use and is dated April 2016 way before the first GoT S07 episode was even released.

For those who can’t wait to see what the Night King would do with the resurrected dead Viserion can visit the Reddit’s Game of Thrones spoilers-dedicated subreddit, Freefolk. The Redditor Teamkhaleesi who made the storyline thread claims that the hackers send him the entire storyline. “The hacker put up his email on his website, so I emailed him back then now he sent me a complete overview of episode 7,” u/Teamkhaleesi wrote (sic).

If you are a GoT fan, you will require a lot of patience with the leaked storyline which is a whopping 20 pages long. The Independent, the only website along with Techworm which claimed that Mr.Smith Group will leak GoT S07E07 Finale Episode said that an individual claiming to belong to the so-called Mr. Smith Group sent them a similar 20-page story outline along with a shorter episode summary through email.

The chances of actual Game of Thrones season 7 episode 7 finale “The Dragon and the Wolf video getting leaked are very remote as HBO has taken the security of the episode to a whole new level according to sources close to the network. Those interested in knowing whether Jon Snow and Daenerys Targareon will fall in love (as the title suggests) should visit the Reddit thread (which we cannot publish due to strict DMCA guidelines from HBO)

The Game of Thrones season 7 episode 7 finale “The Dragon and the Wolf will be aired on 27th August 2017 on the HBO Network throughout the world, Sky Atlantic, Star India, and Hotstar.