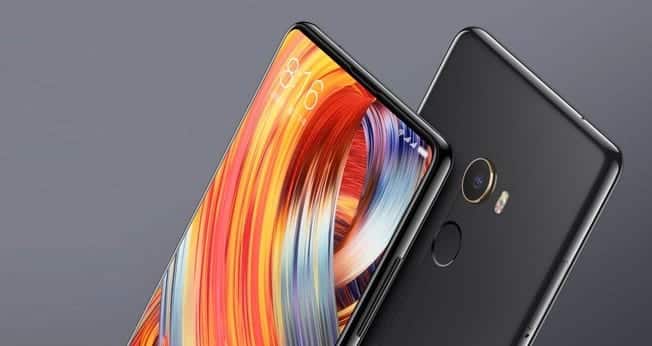 It can be safely said that Apple is copying Samsung S8 by bringing out a bezel-less iPhone X. The iPhone X is said to cost upwards of $1000 for its bezel-less design and OLED screen.

With Apple poised to announce its iPhone X today, Xiaomi has already unveiled the successor to its innovative Mi MIX smartphone at an ongoing event in Beijing. The Mi MIX 2 looks different from earlier Xiaomi Mi Android smartphones with a near bezel-less display and a larger screen. Xiaomi is looking to hit two birds with a single stone by taking on the bezel less Samsung Galaxy S8 as well as Apple iPhone X which will be launched today.

Here are the specs of the Mi MIX 2:

In addition to the standard Mi MIX 2 variant, Xiaomi has also unveiled a Special Edition Mi MIX 2 carved out of a single block of ceramic. This version will feature 8 GB of RAM and 128 GB of internal storage and is priced at RMB 4699 ($721).