Yes, but true. In a shocking incident, a 21-year-old Chinese woman has gone partially blind after spending an entire day playing a game on her smartphone. The woman who goes by the pseudonym ‘Wu Xiaojing’ was playing a game called ‘Honor of Kings’, which is China’s most popular multiplayer smartphone game and has over 200 million users.

According to Mashable, Wu who works in finance was playing the game on her device for several hours when she suddenly lost her sight in her right eye. She was rushed to several hospitals in Nancheng and was diagnosed with Retinal Artery Occlusion (RAO) in her right eye.

RAO is a blockage in one of the small arteries that carry blood to the retina, which is a layer of tissue in the back of the eye that is able to sense light. This medical condition is commonly found in elderly patients and might lead to permanent loss of vision.

Wu, who was addicted to video games, would spend all her time playing on her phone at home. She was even warned by her parents that she ‘might go blind’ if she kept on playing Honor of Kings day and night. 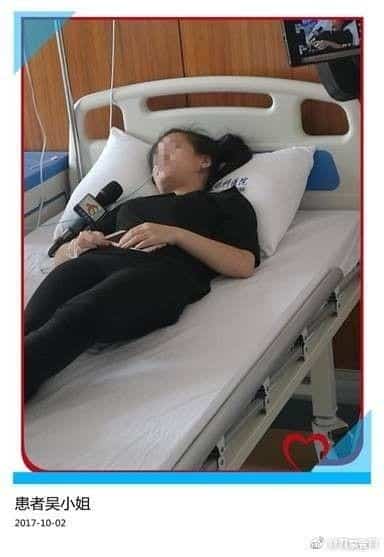 “If I don’t work, I usually get up around 6am, have breakfast, then play until 4pm”, she told The Global Times.

“I would eat something, take a nap, wake up and continue playing until 1 or 2am. My parents had warned me that I might go blind.”

On the fateful day, which was October 1, a Chinese public holiday, Wu said that she had spent the entire day, playing the game. It was only after dinner that she lost her sight and was brought to the hospital.

While a specialist from the Nancheng hospital where Wu was diagnosed, said that RAO was caused likely due to excessive playing of games on her smartphone, Dr. David Allamby, a British eye surgeon, rubbished this possibility.

He explained: “You don’t get retinal artery occlusion from video-related “severe eye strain”, as is suggested here – it’s most commonly evidence of some form of cardiovascular disease.

“When the arteries harden with age, pieces of plaque that line the artery can break off and lodge themselves in the retinal artery causing a blockage.”

He argued: “The only potential link to video games – and it’s slim – is that sometimes migraines can be a rare cause of retinal artery occlusion. Migraines cause a change in blood flow and can put the retinal artery into spasm, causing a clot.

“So unless video games are giving you prolonged and persistent migraines, I’d suggest there’s no need to panic while playing them.”

Do you think excessive playing on smartphones can cause harm to your eyesight? Share your views in the comments section below.