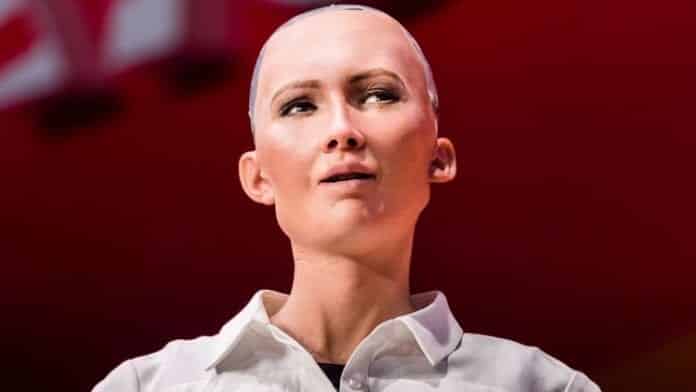 Sophia the Citizen Robot Is Learning to Walk

Sophia, the famous humanoid robot which had been ridiculed since getting the Saudi Arabian citizenship has now another update to sweep everyone off their feet.

Sophia took her first few steps. It is a big revolution in the domain of AI and robotics.

And of course, this happened in CES 2018, the annual Tech Trade show happening this year in Las Vegas.

A Hong Kong based company, Hanson robotics, founded by David Hanson announced its partnership with Rainbow Robotics and Drones and Autonomous Systems Lab at the same event to help Sophia become a fully-fledged humanoid by integrating with DRC-HUBO body which possseses mechanical legs and ability to walk like a human. In 2015, this DRC-HUBO body has won the DARPA Robotics Challenge.

Dr. Ben Goertzel, Chief scientist of Hanson Robotics said in a statement, “Giving Sophia a more complete and robust embodiment is a key part of our ongoing, rapidly accelerating quest to supply her and our other Hanson robots with general intelligence at the human level and ultimately beyond.”

In March 2016, Sophia was first showcased at South by Southwest by Hanson. He says, “Integrating Sophia with a (robotics) body that can allow her to walk completes her physical form, so she can access the full range of human experiences, which will help her learn to live and walk among us.”