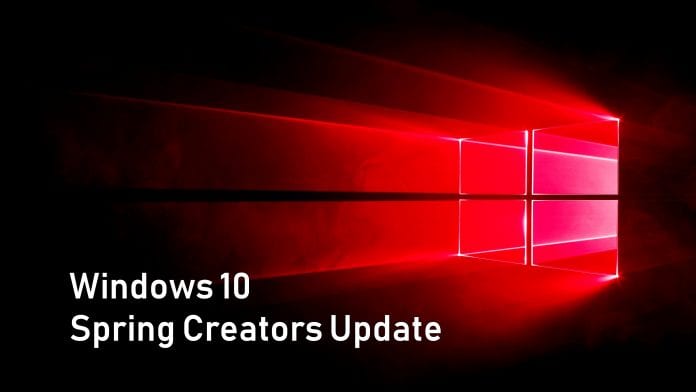 Is “Spring Creators Update” the new name for next version of Windows 10?

Microsoft had officially released the Windows 10 Fall Creators Update in mid-October last year. Now, the Redmond giant is gearing up to release its next major update of Windows 10 that will be released around March or April as usual.

The next version of Windows 10, codenamed Redstone 4, is likely to be called “Spring Creators Update”, which was accidentally leaked by Microsoft as part of the latest Insider Bug Bash announcement post and later tweeted by IT Pro Today’s Rich Hay (@WinObs).

Is Windows 10 Redstone 4 the Springs Creators Update? This Windows Defender Application Guard Quest for this months Bug Bash seems to like that name! Thanks to @WildDreamer95 for the tip. pic.twitter.com/vvkg2xJwEX

Spring Creators Update will be the third Creators Update and will introduce a series of improvements. The main attraction will be Timeline, which allows you to view your own activity history and resume past activities on your PC. The activities will be synced in the background with Windows 10, Android and iPhones provided the same Microsoft account is being used.

“In Timeline, a user activity is the combination of a specific app and a specific piece of content you were working on at a specific time. Each activity links right back to a webpage, document, article, playlist, or task, saving you time when you want to resume that activity later,” Microsoft explains.

Besides Timeline, Windows 10 Spring Creators Update also brings many new and cool features, such as UI changes, Windows Shell improvements, Microsoft Edge new features and improvements, Cortana improvements and much more. You can always download the latest updates in advance by signing up for the Windows Insiders program.

It is not yet certain whether the new Windows 10 update will be called ‘Spring Creators Update’. Since the new version will be finalized by next month, we can expect to officially hear from Microsoft very soon.