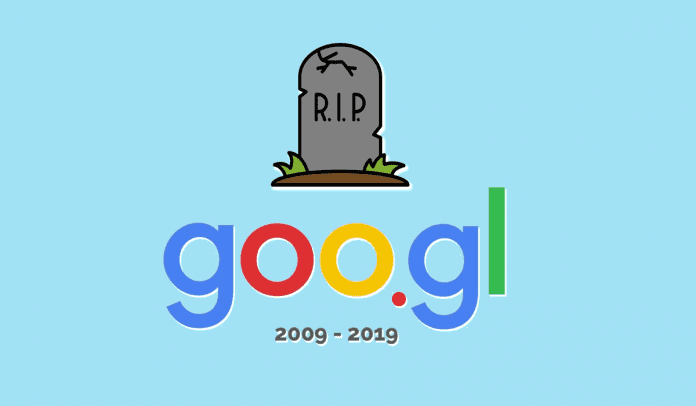 Google to retire URL shortener service next year, but existing links will work

Google has announced that it will shut down its URL shortener service, also known as “goo.gl” next month followed by a complete closure by 2019. Starting April 13, 2018, the service will no longer accept new users and will discontinue the service for existing users on March 30, 2019.

For those unaware, goo.gl is a URL shortening service offered by Google that was introduced in December 2009 and initially used for Google Toolbar and Feedburner before going public in September 2010. It is now one of the widely used and popular tools for publishers, marketing, and branding agencies.

While neither Google’s FeedBurner nor the Toolbar exists now, the search giant wants the users and developers to move to Firebase Dynamic Links (FDL). Starting April 13, 2018, FDLs, which are essentially smart URLs will replace Google’s goo.gl. Google is encouraging developers to make use of FDL APIs, which will automatically detect a user’s platform and direct other users to any location within an iOS, Android or web app.

In a blog post on Friday, Michael Hermanto, Software Engineer, Firebase, said, “We launched the Google URL Shortener back in 2009 as a way to help people more easily share links and measure traffic online. Since then, many popular URL shortening services have emerged and the ways people find content on the Internet have also changed dramatically, from primarily desktop web pages to apps, mobile devices, home assistants, and more.”

He also added, “URL Shortener has been a great tool that we’re proud to have built. As we look towards the future, we’re excited about the possibilities of Firebase Dynamic Links, particularly when it comes to dynamic platform detection and links that survive the app installation process. We hope you are too!”

Hermanto noted that the decision to turn down support for goo.gl is “to refocus its efforts as it transitions to another service that will fill the void.”

Further, users who are looking to create new short links should use FDLs from now on, or try other popular URL shortener services provided by companies like Bitly (bit.ly) and Owly (ow.ly) as an alternative.

Google also noted that “all links will continue to redirect to the intended destination after March 30, 2019. However, existing short links will not be migrated to the Firebase console/API.” But consumers can still manage short links through the console until that time. Additionally, development projects that have not used the URL Shortener APIs before May 30, 2018, will not be able to create short links with the service.