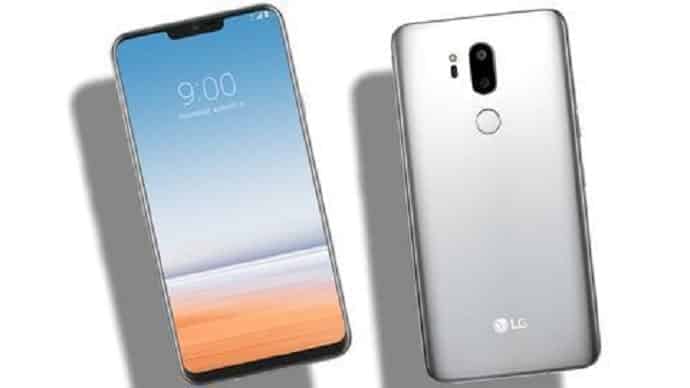 Looks like Apple’s iPhone X-like notch fever has caught on its competitors too! We had recently reported how OnePlus is planning to implement an iPhone X-like display notch at the top of the screen for the camera and speaker cut-out in its upcoming flagship, OnePlus 6.

Now, Technobuffalo have leaked the renders of Chinese manufacturer, LG’s upcoming smartphone, G7 (Neo), which provides us an insight of the forthcoming device. While the renders aren’t official, these are made by Benjamin Geskin, who has a profound record of leaking smartphones well in advance.

The leaked renders of G7 show off a heavily borrowed design of the iPhone X, complete with the notch at the top and an almost bezel-less edge-to-edge display. The G7 is expected to include a 6-inch OLED display with a pixel density of 900ppi. It will have a screen resolution of 3,120 x 1,440 pixels with a display aspect ratio of 19.5:9. The G7 will powered by a Snapdragon 845 processor, and will have up to 4GB / 6GB RAM, and 64GB / 128GB of internal storage.

Also, there is a vertical dual camera setup which could include two 16MP sensors with OIS (Optical Image Stabilization) and f/1.6 aperture size. Below the dual cameras is the fingerprint scanner, which also doubles as the phone’s home button. There will also be an 8-megapixel sensor front camera. It will come with 3,000mAh battery, Android Oreo running out-of-the-box, and include DTX-X powered speakers. Other features also include IP68 water and dust resistance with a military standard rating for durability, camera AI, digital assistant and wireless charging.

It’s believed that this handset is internally being called as “Judy”, according to popular leaker Evan Blass and the official launch is likely to happen in June.

While LG still hasn’t confirmed any information about the G7, we will bring you more updated news as and when we hear about it.