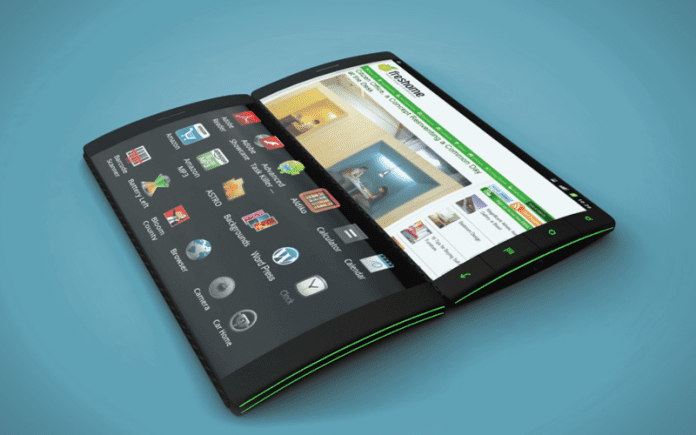 Huawei has patented a smartphone with a foldable display, which can turn into a tablet

Huawei, the Chinese smartphone manufacturer, has filed for a patent with a foldable display with the World Intellectual Property Organization (WIPO), reveals the Dutch website LetsGoDigital.

The patent titled “mobile terminal folding mechanism and mobile terminal”, which was published on WIPO’s website on March 29, was filed by Huawei on September 19, 2017, according to LetsGoDigital, who was the first to spot the patent. The patent explains the working of a foldable smartphone with a flexible screen.

According to the patent granted to Huawei, the illustrations of the proposed foldable smartphone indicate that it consists of one large flexible display that can be folded in the middle. The foldable smartphone when opened will serve as a tablet-sized device and when folded would be the size of a regular smartphone that can be carried around in your pocket.

The folding mechanism comprises of soft and hard components that can be folded frequently without any problems and small gaps or holes in the design are avoided. However, the patent doesn’t explain how the device will be used when it’s closed.

In October last year, Richard Yu, the CEO of Huawei’s Consumer Business Group, had told CNET that is working on a foldable smartphone and even have a prototype of it ready. Apparently, the Chinese firm wants to avoid having a gap between the two screens, which is down the center of their foldable smartphone. Looks like this was the reason behind the delay that the company is trying to get rectified.

Not only Huawei but big companies like Apple and Samsung are also working on a smartphone with a foldable display. It would be interesting to see how early does Huawei rectify its technological problem and would it be the first to release the official foldable smartphone in the market.

The patent from Huawei can be seen here.