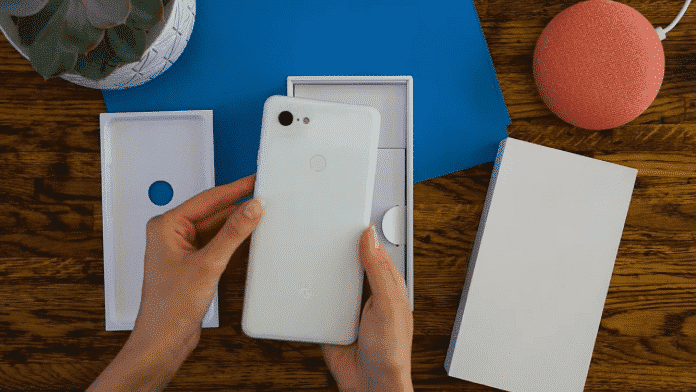 For the past one month, the internet has been buzzing with leaked videos and images of Google’s upcoming flagship, Pixel 3 XL. In the past, we have seen a couple of leaked videos that showed unboxing of the unreleased Google Pixel 3 XL. In fact, a majority of the leaks have come from Russian sources.

Yesterday, yet another video has surfaced online from a Russian electronics store that shows the detailed unboxing of Pixel 3 XL. Check out the video below.

The high-quality video shows off the Pixel 3 XL’s top notch and other features.

According to the video, the Pixel 3 XL will include a set of USB Type-C headphones, USB Type-C to Type-C cable, USB Type-A to Type-C adapter, and a 3.5mm headphone adapter.

Also, the unit shown in the video is Clearly White, which could be the model for 2018. The device has a mint green power button on the side of the phone.

Besides this, the previous leaked videos and images reveal that the Pixel 3XL will have a massive 6.7-inch screen with a 2960×1440 display and 494ppi.

It will come with 4GB of RAM and 64GB of non-expandable onboard storage. The device will run on Android 9.0 Pie out of the box and will be powered by a Snapdragon 845 chipset.

The Pixel 3 XL will apparently come with three front-facing cameras, all of which are 8.1MP. It will also have a single 12.2 MP camera on the rear. The device will be backed by a 3,430mAH battery.

The Pixel 3 XL smartphone is expected to launch on October 4. Since the device is still in the processing stage, there are chances that the hardware and specifications may change when the Pixel 3 XL is finally launched. Stay tuned for more updates!