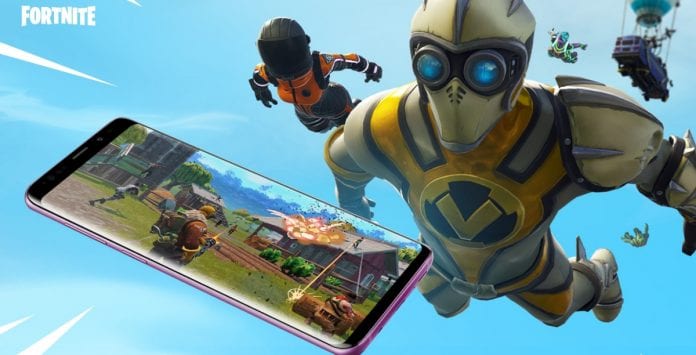 Fortnite for mobile devices like Android, iOS is available for everyone – no invite needed

Epic Games, the studio behind the insanely popular battle royale game “Fortnite” has now officially made the mobile version available for everyone. The Android version of Fortnite: Battle Royale now no longer requires an invite, and is available for all users for free with compatible devices.

Check out – How to download and install Fortnite for Android

For those unaware, Fortnite Mobile for Android (beta version) was released in August this year alongside Samsung’s Galaxy Note 9 in August. However, Android users who wanted to play Fortnite had to sign-up through Epic Games and receive a beta invite to play.

Please note that Fortnite is not available for download on Android from the Google Play Store. Instead, you need to download the game manually by visiting fortnite.com/android and sideload its installer application and scan a QR code provided by Epic. The main reason behind this is to avoid Google’s 30 percent revenue cut.

“First, Epic wants to have a direct relationship with our customers on all platforms where that’s possible. The great thing about the Internet and the digital revolution is that this is possible, now that physical storefronts and middlemen distributors are no longer required,” Sweeney said in conversation with Touch Arcade. “Second, we’re motivated by economic efficiency. The 30 percent store tax is a high cost in a world where game developers’ 70 percent must cover all the cost of developing, operating, and supporting their games.”

You can find a complete list of all the compatible devices on the Fortnite website. Besides Android, Fortnite is also available on PS4, Xbox One, Switch, PC, Mac, and iOS.