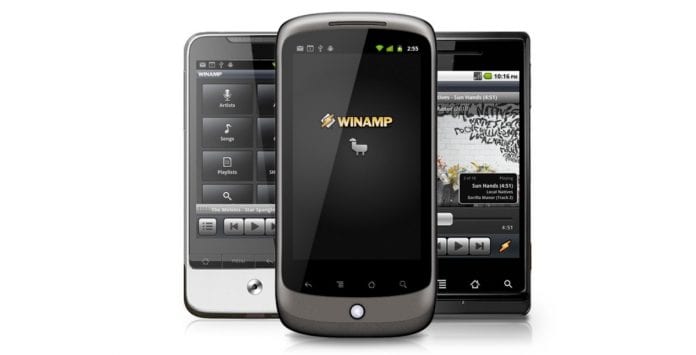 Winamp, the 21-year-old iconic media player, is set to receive a major overhaul and will be available on desktop and mobile devices in 2019, reports TechCrunch.

For those unaware, Winamp is one of the oldest popular MP3 players for Microsoft Windows devices, that supports numerous audio and video formats. Released in 1997, Winamp was originally developed by Justin Frankel and Dmitry Boldyrev by their company Nullsoft, which they later sold to AOL in 1999 for $80 million. However, in January 2014, Winamp was acquired by Radionomy for an undisclosed sum.

The Winamp website displays a notification that says “there’s more coming soon”. According to TechCrunch, besides the desktop version of the app that is being updated (mainly for compatibility and stability purposes) to version 5.8, there will also be a new version, Winamp 6 to look forward to in 2019. Winamp 6 will be an audio app for mobile devices that will support platforms like Android and iOS.

Alexandre Saboundjian, CEO of Radionomy, the company that bought Winamp in 2014, said in a statement to Tech, “There will be a completely new version next year, with the legacy of Winamp but a more complete listening experience. You can listen to the MP3s you may have at home, but also to the cloud, to podcasts, to streaming radio stations, to a playlist you perhaps have built. People want one single experience. I think Winamp is the perfect player to bring that to everybody. And we want people to have it on every device.”

According to TechCrunch, the Winamp 6 could allow you to connect to Spotify, Google Music, podcasts, Audible, play your MP3s, and also have a search feature that lets you use all of it from one user interface. The aim is to make all of your media accessible in one place.

No new stable version has been developed since Radionomy’s acquisition of Winamp in 2014. While it has remained on version 5.666 for years, a beta version of Winamp 5.8 media player was leaked online this month by an anonymous user. This leaked version build that dates back to October 26, 2016, mentions several new features and improvements in Winamp, including the full compatibility with Windows 10 and Windows 8.1. The 5.8 release of Winamp will be coming this week to fix some bugs and compatibility issues.