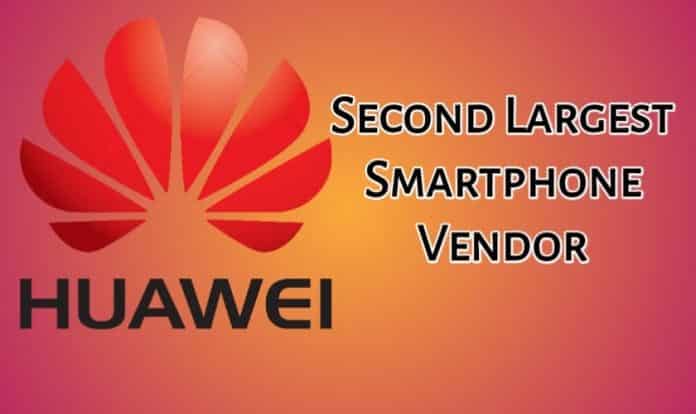 Huawei is one of the most popular Chinese OEM that may soon surpass the Cupertino tech giant Apple and become the second largest smartphone vendor in 2019. Well, Huawei claims that it sold more than  200 million smartphones in 2018 which is approximately 30% more than 2017 sales.

So here’s how Huawei surpassed Apple and became the second largest smartphone vendor.

By no means, 2018 was a good year for Huawei. The financial director of this Chinese tech giant was arrested in 2018. In addition to that, Huawei is still facing many issues to sell smartphones in some of the most potentially beneficial markets like Canada, Australia, and the United States.

Inspite of the above-mentioned issues, the Chinese OEM managed to grow in many other markets like China, Europe, India, and Africa. Huawei was leading many smartphone OEM’s in both the flagship and mid-range smartphone segment. Furthermore, Huawei’s sub-brand Honor helped the company to increase smartphone sales in the highly competitive budget oriented segment.

Huawei has also offered some of the most feature-rich Android flagship devices like the Huawei P20 Pro that outperforms Apple’s flagship smartphone the iPhone XS Max in multiple aspects.

It is worth noting that, the entire Android smartphone OS has around 90.11% market share. This shows that a majority of smartphone users prefer using Android over iOS. Moreover, even loyal iPhone users have been shifting toward more feature-rich and less expensive Android flagship devices.

Huawei Might Surpass Apple: The Reason Why iPhone Sales Declined

Without a doubt, one of the major issues that decreased iPhone sales was the pricing of the entire 2018 iPhone lineup. Apart from the United States and a few other countries both the iPhone XS and the iPhone XS Max were sold as high as $2000 in many countries like Italy, Poland, UK, and India.

Some exclusive services and applications like imessages and the seamless integration between iOS and MacOS have helped Apple to retain the third position as the third largest smartphone vendor of 2018.