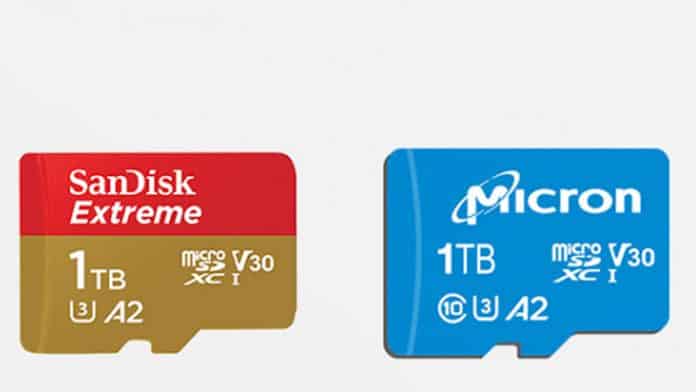 Looks like the era of 1TB microSD cards has begun, as Western Digital and Micron unveiled the world’s first 1TB microSD cards at the ongoing MWC (Mobile World Congress) 2019 in Barcelona. These cards are meant to meet the requirement of professionals looking for higher storage space.

Western Digital’s offering, SanDisk Extreme microSDXC UHS-I 1TB microSD card offers up to 160MBps (megabytes-per-second) read speeds and a peak data write speed of 90MBps. The storage solution follows the A2 specification for launching and loading apps, which the company claims offer a performance output of 400 Input/Output Operations Per Second (IOPS) and 2000 IOPS.

Besides meeting the U3 rating in the Speed Class, the card also receives V30 rating in the Video Speed Class category. The card is temperature proof, waterproof, shockproof and X-ray proof and comes with the RescuePRO Deluxe data recovery software.

“People trust SanDisk-brand cards to capture and preserve their world. Our goal is to deliver the best possible experience so consumers can share the content that’s important to them,” Brian Pridgeon, director of marketing for SanDisk-branded products for Western Digital, said in a press release.

The SanDisk Extreme microSDXC UHS-I 1TB microSD card is priced at $449.99. If you find this card expensive, then you can opt for a 512GB variant with the same specifications that was launched alongside the SanDisk Extreme microSDXC UHS-I 1TB microSD for $199.99. Both of Western Digital’s offerings are now up for pre-order from the official SanDisk website. Starting in April 2019, they will also be available for purchase from select retail partners.

Currently, the Micron c200 1TB microSD card is going through the sampling phase and will be available in the second quarter of 2019. However, the company has not provided any information on the pricing of the card.