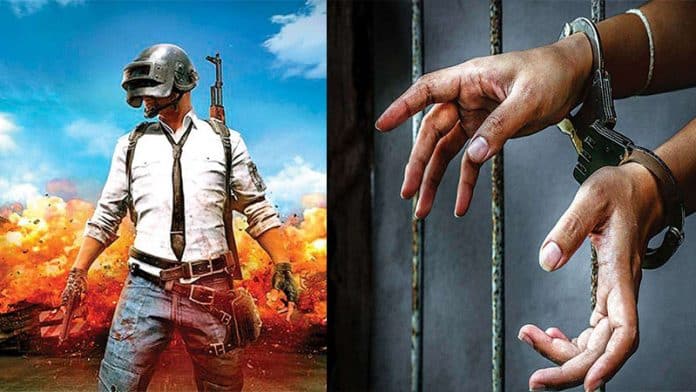 Recently, we reported that Gujarat police had arrested 10 people for playing the popular battle royale game, PlayerUnknown’s Battlegrounds (PUBG) on their smartphones in the public place after the ban.

For those unaware, the Gujarat government had earlier this month announced a ban on playing PUBG mobile game in public in Surat and Rajkot. The ban was implemented on March 9 and would be in effect till April 30. The notification issued mentioned that the game was having a negative impact on children and youth, as well as on their overall behavior, conduct, and language.

Now, fresh reports of eight more people being arrested by the police for playing the game have come to light, of which seven are reported to be students. All the eight arrested people were booked under Sections 188 and 35 of the Indian Penal Code. However, they were later granted bail at the police stations concerned, the police said.

“Nagesh Gore (24) and Swapnil Annapurne (22) were playing PUBG near the railway tracks. They were run over by the Hyderabad-Ajmer train. Their bodies were found late at night by people living in the vicinity,” he said.

A case of accidental death has been registered at Hingoli police station, he added.

With the growing number incidents related to PUBG online game, the National Commission for Protection of Child Rights (NCPCR) has requested MeitY (Ministry of Electronics and Information Technology) to take stringent actions against the game, suggests a report.

PUBG Mobile game in India has released a statement on the issue in response to a series of ban requests and arrests. It stated that it will be working with the government to resolve this issue.

“PUBG MOBILE is a game. It is meant merely for entertainment and should be enjoyed in a healthy and responsible manner. In consonance with our endeavor to continue promoting responsible gaming experience, we are working on the introduction of a healthy gameplay system in India to promote balanced, responsible gaming, including limiting play time for under-aged players. We were thus surprised to learn that local authorities in a few cities have decided to impose a ban on playing our game. We are working to understand the legal basis of such bans, and hope we can have a constructive dialogue with relevant authorities to explain our objectives and that they withdraw the prohibition. To PUBG MOBILE players, we want to assure you that we are on your side and we will try our best to find a reasonable solution.”

Do you think PUBG mobile game should be banned in India? Share your thoughts in the comments section below.