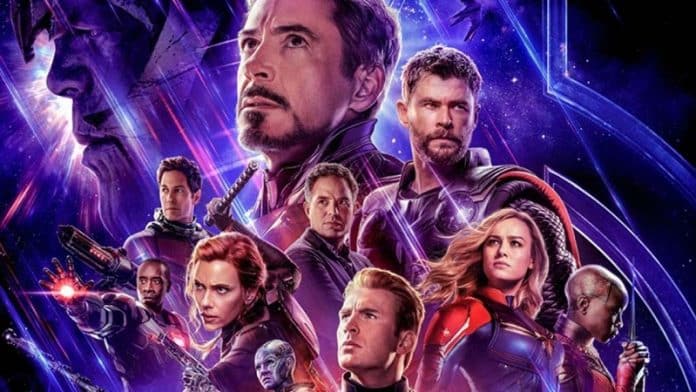 Tamilrockers, the infamous Indian piracy website, has done it yet again!!! The torrent website has leaked a bad camera print of the most highly-anticipated movie of the year ‘Avengers: Endgame’ online just two days before the movie’s release. The entire film is available on the website for free download.

For those unaware, Tamilrockers, which was launched in 2011, is popularly known to publish illegal copies of newly released movies in English, Hindi, Tamil, Telegu, Malayalam, and Kannada on their website.

The movie ‘Avengers: Endgame’ marks the culmination of 22 movies in the Marvel Cinematic Universe (MCU), a series that portrays the war between the Avengers and Thanos, the evil demigod. The two-part Avengers series, ‘Avengers: Infinity War’ and ‘Avengers: Endgame’ was announced in 2014, as a sequel to ‘Age of Ultron’.

Avengers: Endgame is scheduled for release on April 26th in India and will be released across 2,500 screens, which is the highest ever for a Hollywood film in the country. The movie has already been released in countries like Germany, UAE, Singapore, and others on April 24th and has received praise for its direction, acting, entertainment value, and emotional weight.

According to BookMyShow, an online ticket booking website in India, a record one million tickets were sold at 18 tickets per second, within a day of advance booking.

The movie ‘Avengers: Endgame’ will show the surviving members of the Avengers and their allies work to reverse the damage caused by Thanos in the previous installment, Avengers: Infinity War.

Just a few days ago, a portion of Avengers: Endgame was available online in the form of videos along with various Reddit threads that leaked the plot of the film. The makers of the film, Joe and Anthony Russo urged the audience to not leak any spoilers and spoil the experience for others. They even started a campaign on Twitter – #DontSpoilTheEndgame – and posted a letter addressed to the “greatest fans in the world”.