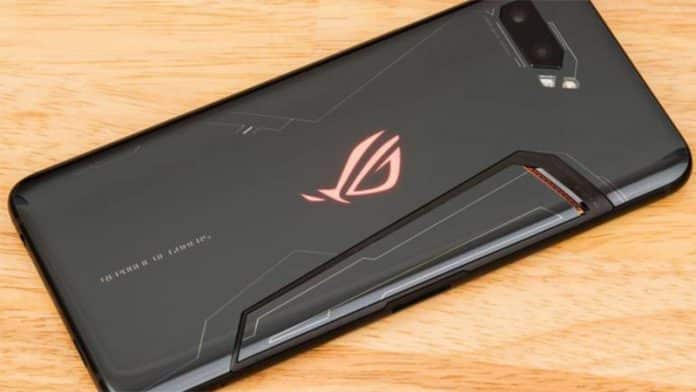 Related- The Best Smartphones For Gaming In 2019

As far as specifications are concerned, ROG Phone 2 is the very first smartphone that will come with Qualcomm’s newly-enhanced Snapdragon 855 Plus SoC (system-on-chip) clocked at 2.9GHz, which promises to 4% higher CPU speed and 15% high GPU speeds than the standard variant.

In terms of display, the ROG Phone 2 now has an upgraded 6.59-inch Full HD+ AMOLED display that refreshes at 120Hz along with 240Hz touch sampling rate as well as support for 10-bit HDR. The panel has a contrast ratio of 100,000:1 and is protected by a layer of Gorilla Glass 6. Asus claims that ROG Phone 2 has the lowest latency of any phone at 49ms.

The ROG Phone 2 comes with a dual rear camera setup that comprises of a 48MP Sony IMX586 sensor and a 13MP sensor with an ultra-wide viewing angle of 125 degrees. It also has a single 24MP camera on the front to take selfies. The device can also capture 2160p videos from the rear setup and 1080p videos from the selfie sensor.

Further, the ROG Phone 2 comes packed with a massive 6,000mAh battery, which supports 30W fast charging. Asus claims that one can play PUBG Mobile for about 7.1 hours at 60Hz. The device also has extra side-port so that one can play comfortably while holding the phone in landscape and charge concurrently.

The smartphone runs on the latest Android OS, which is 9 Pie. However, those who want more custom options can choose between two different UI offered by Asus, which is the customized ROG UI for a more gamer-focused experience or the bloatware-free ZenUI.