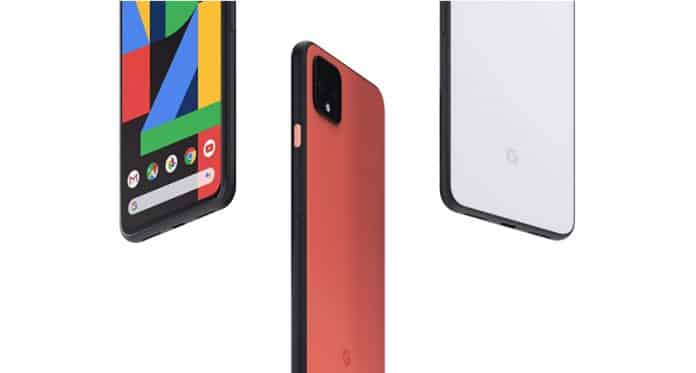 After months of rumors and leaks, Google finally unveiled its much-anticipated Pixel 4 and Pixel 4 XL at the Made by Google event in New York City.

Let’s have a look at the features and specifications of Pixel 4 and Pixel 4 XL:

The additional feature added to this year’s Pixel phones is that both the devices feature a 90Hz max refresh rate that Google has termed ‘Smooth Display for ultra-smooth scrolling and responsiveness.

However, the Pixel only uses the 90Hz refresh rate occasionally, as most apps and use-cases only require 60Hz, thereby saving battery life.

Both Pixel 4 and Pixel 4 XL devices are powered by Qualcomm Snapdragon 855 processor coupled with 6GB of RAM. The base storage is 64GB and can be extended to 128GB for the high-end model of each variant (Pixel 4 / Pixel 4 XL).

On the front, there is an 8MP front camera for selfie lovers with an f/2.0 aperture and 90-degree field of view.

Both the smartphones will run on Android 10 out-of-the-box.

The main highlight of the smartphone is the ability to sense the motion with a radar sensor. Motion Sense gestures powered by Soli will not only make the face unlocking process faster but also allow users to control select functionalities just by waving their hands in front of the screen.

Further, the front camera would be used to authenticate payments and transactions.

Both the phones have Gorilla Glass 5 on the front and back, and are rated IP68 for dust and water resistance. Further, there is a top bezel on the front that houses the Soli radar chip, the speaker, a single front shooter, and the suite of sensors for face unlock.

However, there’s no 3.5mm headphone jack, nor is there an adaptor included in the box.

Pixel 4 and Pixel 4 XL will be available in Clearly White, Just Black, and “limited edition” Oh So Orange colour options.

The phones will ship globally starting October 24th in the U.S. with the Pixel 4 buyers getting 3 months of 100GB on Google One.