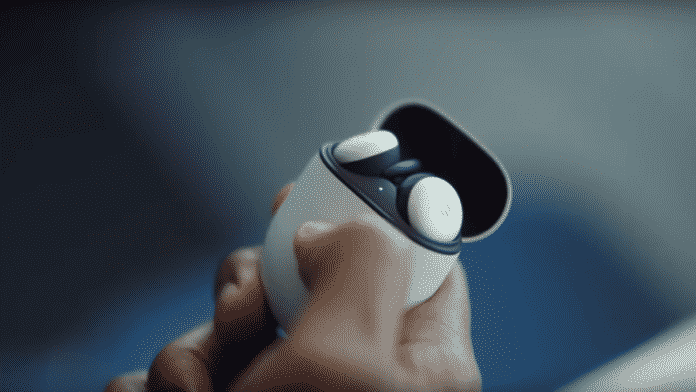 Google announced the company’s first-ever wireless earbuds called ‘Pixel Buds’ at the Made by Google event in New York City.

Unlike its predecessor that was wired earbuds, Google’s new Pixel Buds are truly wireless headphones that will compete directly with Apple’s Airpods.

Pixel Buds feature an in-ear design so that each earbud sits securely in your ear. With custom-designed 12 mm dynamic speaker drivers, Google Pixel Buds deliver high-quality audio. It also features built-in sensors that automatically detect when you are talking.

The circular wireless earbuds come with Adaptive Sound technology that automatically adjusts the volume depending upon the environment around users, such as from a quiet room to a noisy subway station.

“When it’s time to talk instead of listen, Pixel Buds make sure the sound of your voice is at the forefront. Two microphones in each earbud focus on the sound of your voice while suppressing other sounds in the background, which extends to the most challenging environments. Pixel Buds have a voice accelerometer that can detect speech through the vibrations of your jawbone, so that you can be heard even in windy conditions, like when you’re running or biking,”?said Google on its website.

The long-range Bluetooth connectivity on the Pixel Buds allows you to stay connected up to three rooms away when indoors and up to a football field’s length away when outside.

Google Pixel Buds offer hands-free access to Assistant that makes the ‘experience come to you’, according to Google. “Pixel Buds also give you hands-free access to the Google Assistant, so instead of turning to your phone for quick tasks, just say “Hey Google,” and ask the Assistant for whatever you need—playing a podcast, sending a quick text, or translating a foreign language.”

Further, the wireless earbuds’ responsive touch surface offers a lot of intuitive gestures like tap to play or pause a song, and swipe to adjust the volume.

You can pair your Google Pixel and Android 6.0+ devices with Pixel Buds just with a single tap. Similarly, you can also easily connect the headphones to laptops, tablets, and iOS devices with Bluetooth 4.0+.

The Pixel Buds deliver up to 5 hours of continuous listening time on a single charge, and up to 24 hours of battery life when using the wireless charging case. The headphones are sweat and water-resistant, and also have real-time translation built-in.

The Pixel Buds will be available in multiple color options, such as Oh So Orange, Clearly White, Quite Mint, and Almost Black. The wireless earbuds are priced at $179 in the U.S. and won’t be available until 2020.