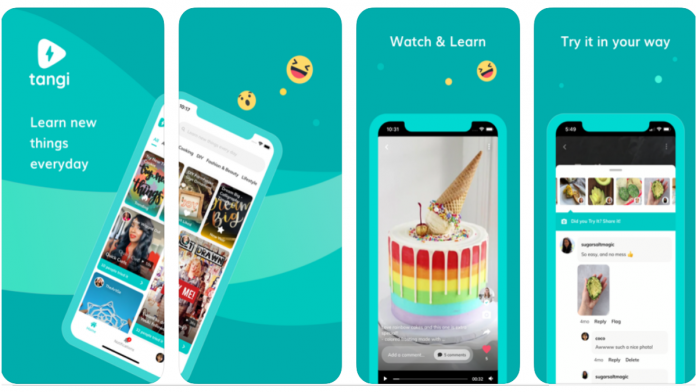 Dubbed as ‘Tangi’, the video app name is inspired by the words TeAch aNd GIve and “tangible” – things you can make, according to the Google blog. With a home screen that looks strangely similar to Pinterest, the app will allow users to record and upload short video content with a maximum duration of 60 seconds.

“It’s an experimental social video sharing app with quick DIY videos that help people learn new things every day. Tangi is where creative people can get new ideas and connect with other passionate people like them,” explains Tangi founder, Coco Mao.

“We only focus on DIY and creativity content. Our platform’s goal is to help people learn to craft, cook and create with quick one-minute videos. We designed Tangi to make it easier for users to find a lot of high-quality how-to videos,” she adds.

The app’s other highlighted feature is “Try It” that allows the viewers to recreate the videos they are watching and post their own short recreated videos by uploading images. This will build a community between creators and their fans, Google points out.

According to Google, one of their most recreated videos is the one that shows how to make guacamole in the avocado shell. Besides making videos, users can even like and comment on videos shared by others on the platform. Videos shared on the Tangi platform will be available to users from all over the world.

Currently, Tangi is available for download only from the Apple App Store and the official website. Also, there is no Android version of the app yet but is expected to arrive on the Google Play Store soon.

At present, only limited people are allowed to upload videos on the Tangi app, Google said. However, to get early access to Google’s Tangi, users can join the waitlist.