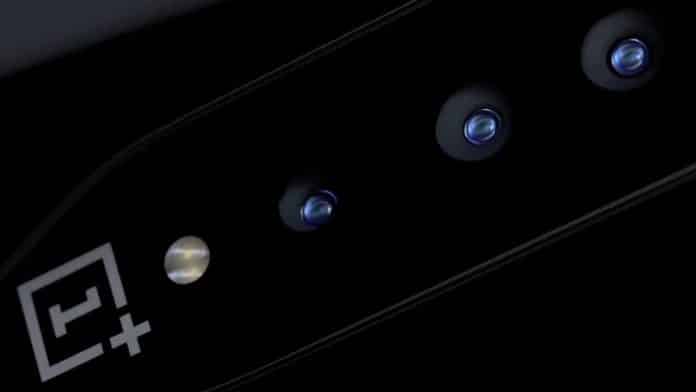 OnePlus had announced last month that it would be unveiling a concept device during the upcoming Consumer Electronics Show (CES) in January 2020.

Now, the Chinese smartphone maker has posted a teaser video on its official Twitter account to give a glimpse of its upcoming concept phone ahead of its show next week.

The video features an invisible camera set-up that is magically hidden under the glass rear panel. However, it appears within a few seconds because of the new type of color-shift glass technology.

The company’s tweet itself mentions a “groundbreaking invisible camera and color-shifting glass technology.”

We’re bringing the #OnePlusConceptOne to #CES2020, but you don’t have to wait: you can get a sneak peek at it right here, along with its groundbreaking “invisible camera” and color-shifting glass technology. pic.twitter.com/elsV9DKctn

According to a report from Wired, who got to look at the prototype of the device, mentions that the upcoming OnePlus Concept One smartphone is being developed in partnership with car manufacturer McLaren.

OnePlus is incorporating McLaren’s electrochromic glass technology that is used in its vehicle’s sunroofs and some high-end aircraft windows. For those unaware, electrochromic glass is a type of glass that can switch between a tinted and opaque state based on the electrical signal supplied to it.

Using this technology, the rear camera lenses will be placed under a special strip of glass that will hide it. The lenses will become visible only when the user opens the camera app on the smartphone.

As far as specifications are concerned, the OnePlus Concept Phone will feature a primary Sony IMX586 48MP camera, 16MP ultra-wide angle shooter, and an 8MP telephoto lens similar to the one spotted on the OnePlus 7T Pro McLaren Edition.

OnePlus hasn’t disclosed any further details regarding the Concept One. We expect to get more information about the upcoming device during the CES. Keep watching this space for more details as this is a developing story!