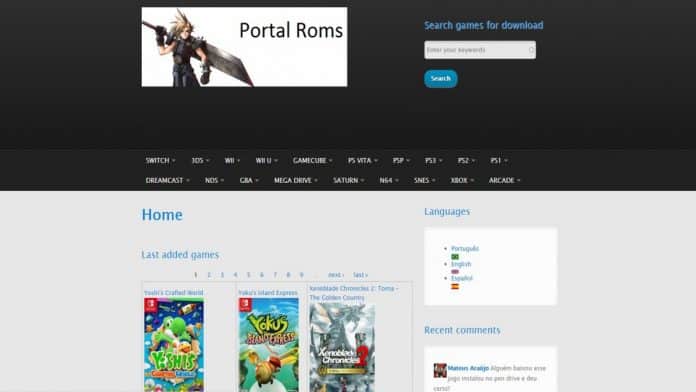 PortalRoms, a popular index for ROM and emulators for a varied range of gaming systems that services more than four million visitors monthly, has made a mysterious disappearance without trace, reports TorrentFreak.

PortalRoms first appeared as a very basic ROM download site ‘PortalRoms.com’ way back in 2004, perhaps even earlier. From undergoing numerous transformations to probable ownership changes, the last decade has seen the website grow into a decent-sized ROM, retro, and emulator player.

While PortalRoms operated from PortalRoms.com right from the start providing users links to download content via torrents, it switched to the Swiss-based PortalRoms.ch domain last September or October in a rather surprising move.

According to data from SimilarWeb, the majority of the traffic was transferred to the new domain without any trouble.

Now, the sudden disappearance of PortalRoms with no public announcement made has left millions of its users (especially in South America where it is very popular) in the dark. Whether the disappearance is due to domain related problems or copyright-related is not yet known.

According to Google’s Transparency Report, PortalRoms.ch domain had received only four complaints but those contained just over 1,000 URLs, of which a few were filed by the Entertainment Software Association.

Currently, it is unclear as to when PortalRoms.ch will return. leaving behind its users to look for other alternatives to download ROM’S and emulators.

Keep watching this space for information, as this is a developing story.