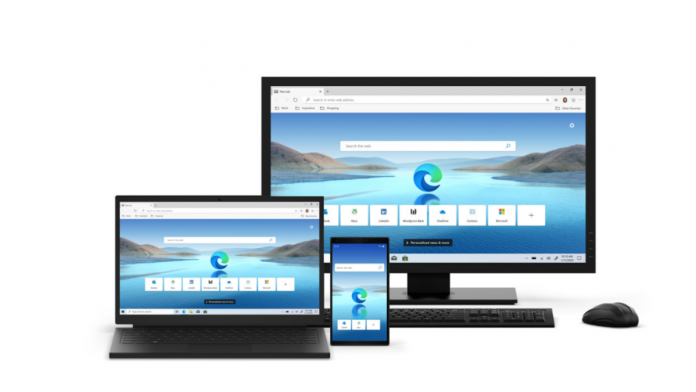 Google is recommending people browsing the Chrome Web Store through the new Microsoft Edge browser (built on Chromium) to stay away from installing Chrome extensions.

First spotted by Windows Latest, the Chrome Web Store page on Microsoft Edge browser flashes a warning when users try to download extensions, “Google recommends switching to Chrome to use extensions securely,” along with a link to download Google Chrome.

The warning message does not explain as to how using Chrome extensions in Edge is any less secure, it, however, does not appear for users while using other Chromium-based browsers such as Opera, Vivaldi, Brave, and Epic. It’s worth noting that Google’s warning doesn’t affect the ability to install Chrome extensions on Microsoft Edge from the Chrome Web Store without any issue.

Google is apparently depending on the “User Agent String” to identify when users are accessing its services via competitor’s Edge. This tool allows the browser to identify itself to websites including and even the browser version you are using.

It appears that Google is using this scare tactic to make users use Chrome instead of Microsoft Edge, the same way Microsoft tried to get Windows users to launch Edge with Windows 10.

The notification states that the company has changed its Terms of Service and that the new terms will take effect on March 31, 2020.

This is not the first time Google has tried to scare Edge users. In 2019, the company had issued similar warnings to Edge users using its services like Gmail, YouTube Music and Google Docs.