Filelist.ro, one of the world’s largest private BitTorrent trackers, has had its domain seized by authorities in Romania, reports TorrentFreak.

With more than a million members, the invite-only torrent site is facing a criminal investigation being supervised by the Prosecutor’s Office of the High Court of Cassation and Justice.

Founded in 2007, Romania-based Filelist.ro saw between 7.5 million and 10 million monthly visits this year, according to SimilarWeb stats.

Currently, when a user tries to access the site’s main domain (Filelist.ro), it displays the following message (translated in English) confirming that it is facing a criminal investigation: 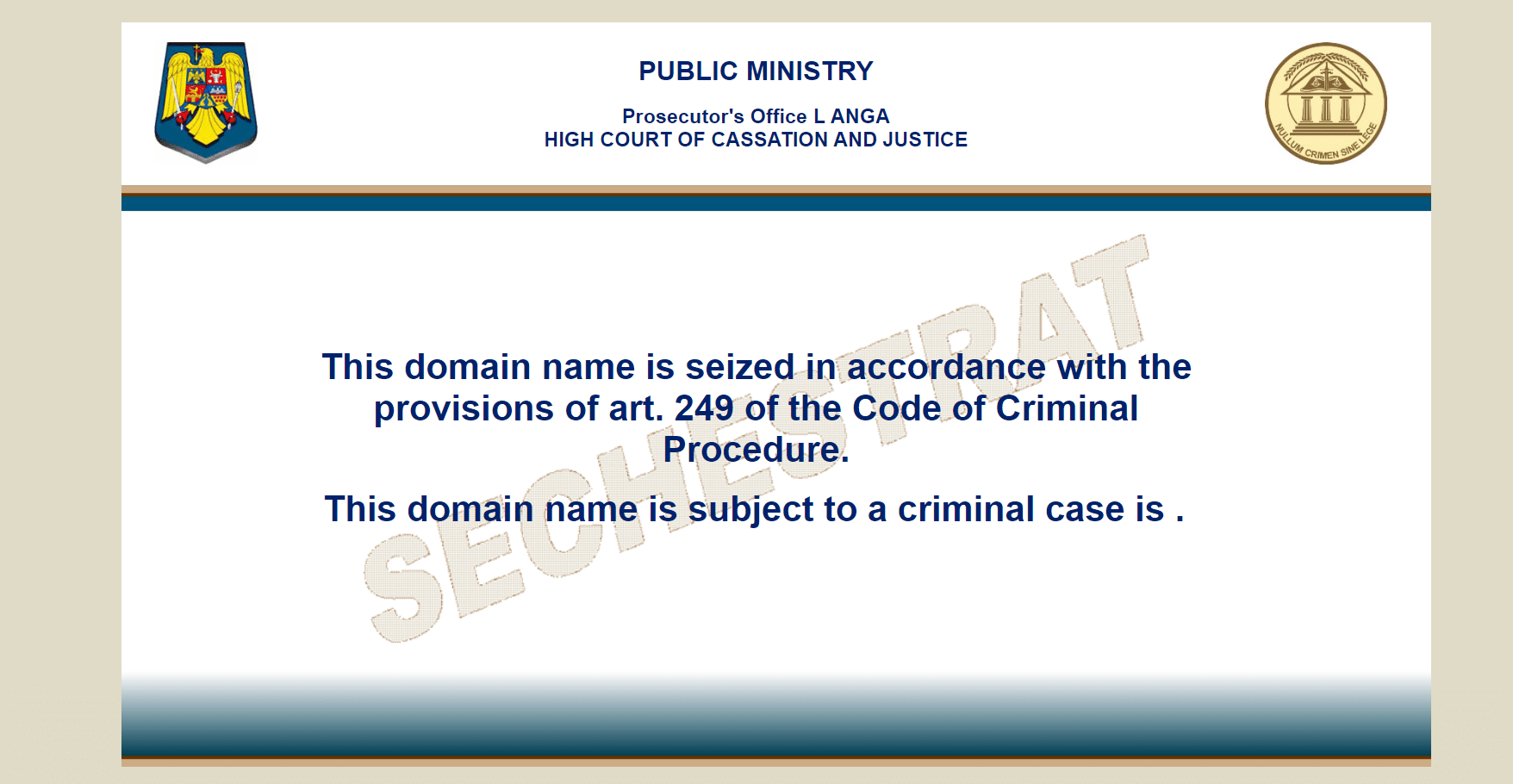 While the above message on the site’s former homepage is concerning, the domain’s basic technical details reveal that it has indeed been seized.

The domain after being registered in August 2007 now uses the nameservers of mpublic.ro, Romania’s Public Ministry, which includes several prosecutor’s offices and together with the courts denotes the country’s judicial authority.

According to a statement issued by the site’s operators, they weren’t initially aware of the domain seizure and hoped that more information would become available, which ultimately led to the delay in making an announcement.

Apparently, they were aware that something was wrong almost a month ago when they announced that the site’s filelist.ro and flro.org domains would begin redirecting to a new domain, filelist.io. The new domain filelist.io was registered on April 6, 2020.

While Romanian authorities are yet to issue a statement about the seizure, the Filelist’s operators made an announcement at the start of the weekend on the domain seizure.

“Since the beginning of this site measures have been taken to protect users. Meaning that, even if by one method or another the authorities seize the server, there are multiple protection and encryption systems to prevent access to the database and/or other files,” they wrote.

“We care very much about the security and anonymity of our users. No personal data is stored on the server anyway. No allegations have been brought to our attention and we will continue to fight for the right of our users to free speech and communication.”

That Filelist is functioning from its new domain clearly indicates that the tracker’s server has not been seized. However, a pending criminal investigation against the site is certainly not good news for its operators or users.

Other than Filelist’s operators, no one knows what kind of security measures have been taken to protect user data. However, private trackers are known for collecting lots of information about their members as part of their efforts to ensure that sharing policies are strictly followed.

Romania has been placed on the Watch List this year as mentioned in the USTR’s 2020 Special 301 Report. The agency noted that online and broadcast piracy remains a “challenging enforcement issue” in a country “lacking effective enforcement”. However, Filelist was not reported in the USTR’s overview of Notorious Markets.