TikTok is one of the leading video-sharing social networking services. With more and more creators uploading their content and users watching their videos TikTok amassed 800 million active users till now.

As you might know, the Government of India has recently banned 59 Chinese apps, and the list includes the controversial hotbed Tiktok as well.

In this article, we have compiled a list of some of the best TikTok alternatives that can be used on both iOS and Android.

Yes, there are many apps like TikTok that can be used to both create and watch short-form videos. A majority of these Android applications like TikTok come with an inbuilt video recorder and editor.

Moreover, some feature-packed TikTok lookalikes even allow creators to monetize their content and earn rewards or money.

Released on November 14, 2014, Dubsmash is one of the oldest video-sharing social media service application in existence. Due to the unforeseen rise in the vogue of Musical.ly (later known as TikTok), Dubsmash was left behind. 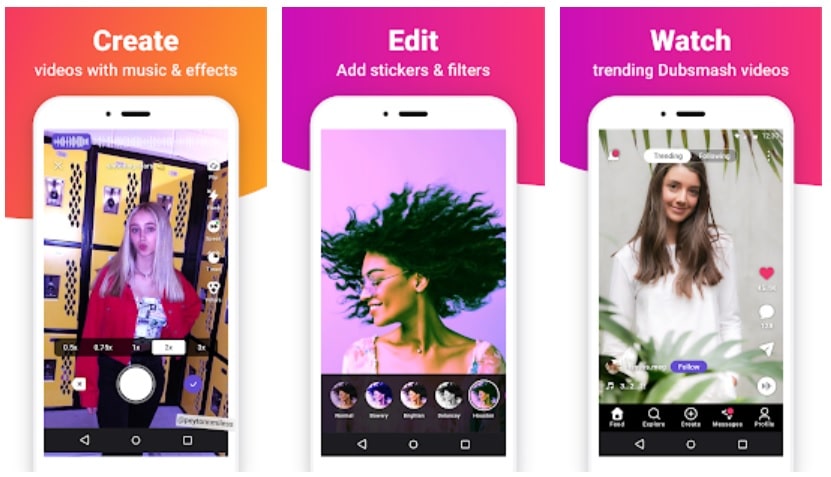 Dubsmash still boasts a respectable one hundred million installs and the application is still used by many to create fun lip sync videos and memes to famous movie and TV dialogues. Similar to TikTok, Dubsmash is available on both Android and iOS.

Using Dubsmash you can even add stickers and text overlays to make your content more engaging.

As far as the user interface is concerned, it is mostly similar to that of TikTok. In the explore section you will be greeted by short-form videos created by other users on the platform and once you follow your favorite creators their content will start appearing in your personal feed.

If you are scouting for apps like TikTok that aren’t social media then Funimate might impress you. As its Google Playstore description reads, Funimate is a video editor & video maker.

Funimate is a free to use application, but you can unlock several video effects and features by buying the pro version of the app.

Mitron is one of the best TikTok alternatives in India. Due to its resemblance to the  Pakistani app TicTic, this Indian TikTok alternative has been in news for quite some time now. As a matter of fact, Mitron was removed from the Google Playstore as it violated Google’s spam and minimum functionality policy.

Thankfully, the developers have made the necessary changes and the app can now be directly downloaded from the Playstore. Mitron can be used to create, edit, and share videos, and thanks to its UI resemblance with TikTok, most TikTok users will feel right at home.

It is worth noting that Mitron has been in existence for only a few months. Due to this very reason, the application is yet not as feature-packed as TikTok. Lastly, the Mitron app is presently only available for Android.

Chingari is also an Indian alternative to TikTok. You can effortlessly find regional content in different languages like Punjabi, Marathi, Hindi, Gujarati, Bangla, and many more on Chingari. 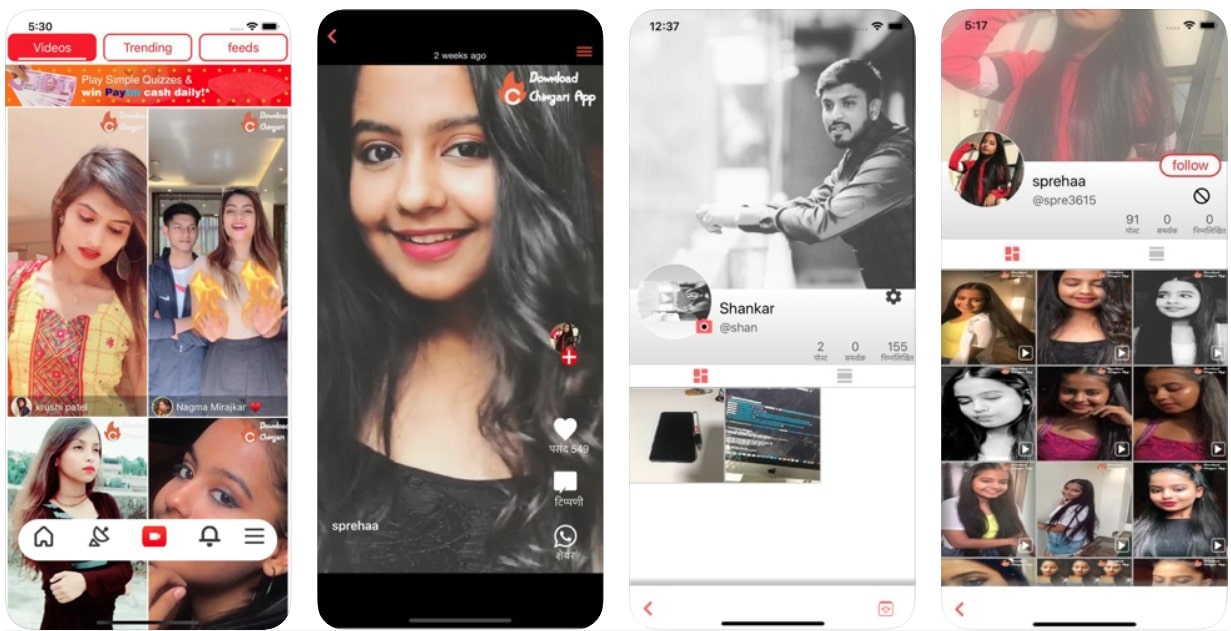 In addition to creating and watching videos, Chingari can also be used to watch the news and play several small games. Chingari allows users to download their favorite videos for offline viewing.

Chingari boasts a massive user base of around 1 million users and after the anti-china sentiment, its popularity has been rising drastically. Similar to TikTok, Chingari is available on both Android and iOS.

Despite being two years old, Chingari is still not flawless and users have reported several problems. Overall, it’s a great alternative to TikTok.

Zili – Funny Videos is the next app like TikTok. The UI of Zili is also similar to that of TikTok and there are dedicated for you and the following sections. Zili also packs a powerful set of special effects, background music, text editing tools, stickers, and filters that will take the quality of your videos to a new horizon. 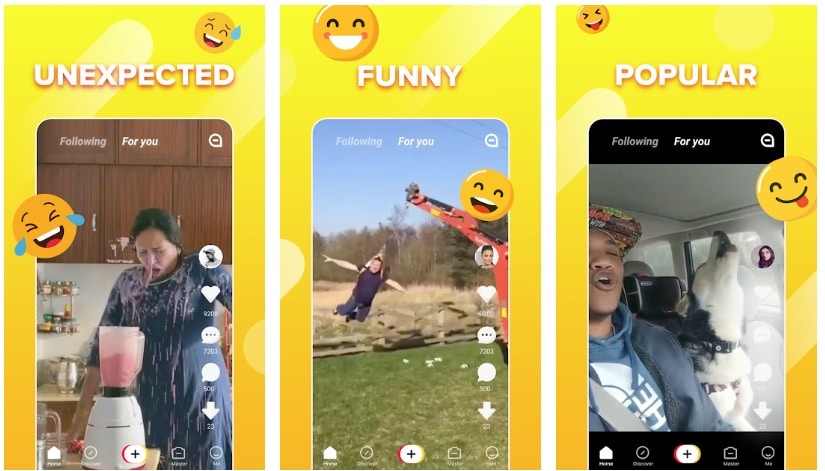 A word of caution, there’s a lot of adult content on this platform which puts it in the category of apps like TikTok for adults. As for downsides, Zili doesn’t pack a dedicated messaging service and the download speeds of this service are also terrible.

So these were the five best alternatives to TikTok that are worth checking out. Do share any of your personal recommendations for the best Android and iOS apps like TikTok in the comments section of this article.