Social media reports and now the official statement by the Press Bureau of India has confirmed the Government of India has banned 59 Chinese apps, which includes the controversial hotbed Tiktok as well.

Tiktok has been in hot waters for snooping on iPhone users already this week.

Apart from TikTok, other popular apps such as UC Browser, SHAREit, WeChat, DU Recorder has also been handed a ban by the Indian government.

Surgical Strike on Tiktok and Other Chinese Apps by the Indian Government?

The anti-China sentiment has been brewing ever since the India-China border conflict occurred a fortnight ago.

There has been a call for boycotting Chinese goods, services, and apps by many independent activists.

There have been active campaigns by citizens who started with Remove China Apps, which was removed from the PlayStore.

The government has said they have taken this action keeping in mind the security of data and risk to privacy relating to operation of these apps.

Which Apps are Banned by the Indian Government? 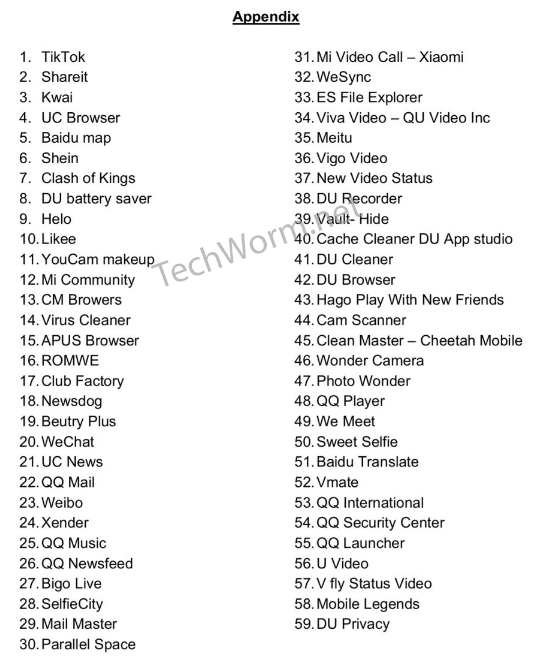 It has garnered a positive response in the Indian Twittersphere.

We wait for China’s official statement and action on the move by India.