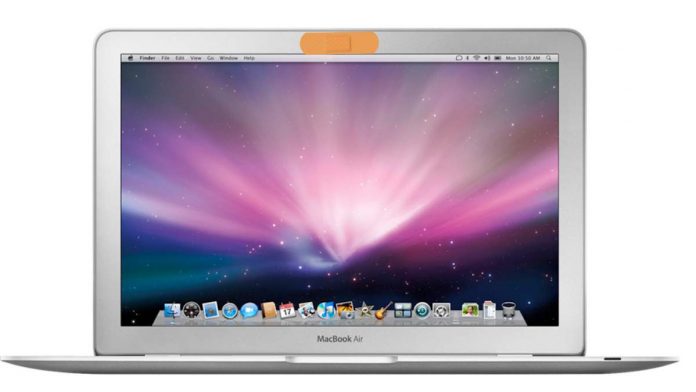 Apple recently warned its MacBook owners to avoid closing their laptops when a camera cover is on, as it could damage the computer’s screen.

In a new support document published earlier this month and spotted by MacRumors, Apple says that “the clearance between the display and keyboard is designed to very tight tolerances.” Therefore, using a camera cover on MacBook, MacBook Air, or MacBook Pro can cause a crack on the display screen.

“If you close your Mac notebook with a camera cover installed, you might damage your display because the clearance between the display and keyboard is designed to very tight tolerances,” Apple writes on its support site.

“Covering the built-in camera might also interfere with the ambient light sensor and prevent features like automatic brightness and True Tone from working. As an alternative to a camera cover, use the camera indicator light to determine if your camera is active, and decide which apps can use your camera in System Preferences.”

The advisory is likely to have been released in response to several complaints from MacBook users on Reddit and other social platforms who have seen their displays crack after covering the camera of their notebooks, especially on the 16-inch MacBook Pro since it has thinner bezels.

It also added, “The camera is engineered so that it can’t activate without the camera indicator light also turning on. This is how you can tell if your camera is on.”

As an added security measure, MacBook owners can control which apps have access to their built-in camera, as they must grant permission for camera use on any operating system in macOS Mojave or later.

For those whose work environment requires them to cover the camera on their Mac notebook, Apple has issued the following guidelines to avoid damaging the display: