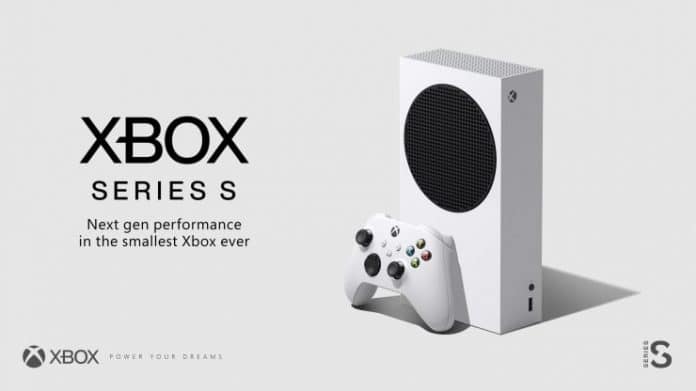 Besides Xbox Series S, the Redmond giant is also expected to unveil Xbox Series X – the more powerful console – with a price tag of $499. Both consoles will reportedly launch on November 10th, 2020.

Initially trusted Microsoft leaker Brad Sams leaked a photo render via his Twitter account and Thurrott.com showing the Xbox Series S console is white in color. It is placed next to a white Xbox controller and doesn’t seem to have a disc drive. It also features a large black circular grill in the top portion of the unit when standing upright, which is likely for cooling. Later the console was officially confirmed by the official Twitter account of Xbox.

The Xbox Series S is said to include 7.5GB of usable RAM, 4 teraflops of GPU performance, and will reportedly be capable of 1080p and 1440p gaming.

On the other hand, the Xbox Series X will be Microsoft’s “fastest and most powerful console ever” featuring 4K graphics running at 60 frames per second and reaching up to 120fps. It will also feature a new solid-state drive that will “virtually eliminate load times and bring players into their gaming worlds faster than ever before.”

Before the official announcement from Microsoft, another known tipster who goes by the pseudonym WalkingCat on Twitter (@_h0x0d_) shared a separate video that shows the console is slightly smaller than Xbox Series X and also a lot slimmer.

As mentioned earlier, the console is accepted to launch on 10th November alongside the higher-end Xbox Series X.