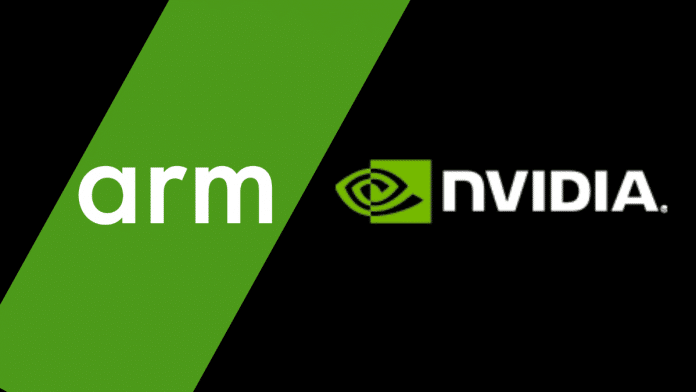 NVIDIA, the leading maker of GPUs, on Sunday announced its plans to acquire U.K.-based chip designer Arm Holdings from SoftBank Group Corp. for a $40 billion deal in stock and cash.

For those unaware, Japanese conglomerate SoftBank had purchased Arm Holdings for $31.4 billion back in 2016 to expand into the internet-of-things (IoT) technology.

Under the terms of the deal, NVIDIA will pay SoftBank $21.5 billion in stock and $12 billion in cash for Arm, which includes $2 billion payable at signing.

SoftBank may receive an additional $5 billion in cash or common stock under an earn-out agreement, subject to satisfaction of specific financial performance targets by Arm. NVIDIA will also issue $1.5 billion in compensation in equity for existing Arm employees.

SoftBank will remain committed to Arm’s long-term success through its ownership stake in NVIDIA, expected to be under 10 percent.

“AI is the most powerful technology force of our time and has launched a new wave of computing. In the years ahead, trillions of computers running AI will create a new internet-of-things that is thousands of times larger than today’s internet-of-people. Our combination will create a company fabulously positioned for the age of AI,” said Jensen Huang, founder, and CEO of NVIDIA in a press release.

Arm will continue to remain headquartered in Cambridge, UK so that NVIDIA can expand on this great site and build a world-class AI research facility, supporting developments in healthcare, life sciences, robotics, self-driving cars, and other fields.

NVIDIA also plans to build a state-of-the-art AI supercomputer, powered by Arm CPUs so that they can hire researchers and scientists from the U.K. and around the world to conduct ground-breaking work.

“Uniting NVIDIA’s AI computing capabilities with the vast ecosystem of Arm’s CPU, we can advance computing from the cloud, smartphones, PCs, self-driving cars and robotics, to edge IoT, and expand AI computing to every corner of the globe,” said Huang.

Further, as part of NVIDIA, Arm will continue to operate its open-licensing model while maintaining the global customer neutrality. According to Nvidia, Arm partners will also benefit from both companies’ offerings, including NVIDIA’s numerous innovations.

However, currently, there is no clarity on the details regarding the benefits.

Arm still has unfulfilled commitments to SoftBank that were agreed upon by both parties back in 2016, which are scheduled to complete in September 2021. Following the closing of the transaction, NVIDIA intends to retain the name and strong brand identity of Arm and expand its base in Cambridge. Arm’s intellectual property will remain registered in the U.K.

“Arm and NVIDIA share a vision and passion that ubiquitous, energy-efficient computing will help address the world’s most pressing issues from climate change to healthcare, from agriculture to education. Delivering on this vision requires new approaches to hardware and software and a long-term commitment to research and development,” said Simon Segars, CEO of Arm in a statement.

“By bringing together the technical strengths of our two companies we can accelerate our progress and create new solutions that will enable a global ecosystem of innovators. My management team and I are excited to be joining NVIDIA so we can write this next chapter together.”

The Arm sale valued at up to $40 billion is however subject to customary closing conditions, including the receipt of regulatory approvals for the U.K., China, the European Union, and the United States. Completion of the transaction is expected to take place in approximately 18 months.