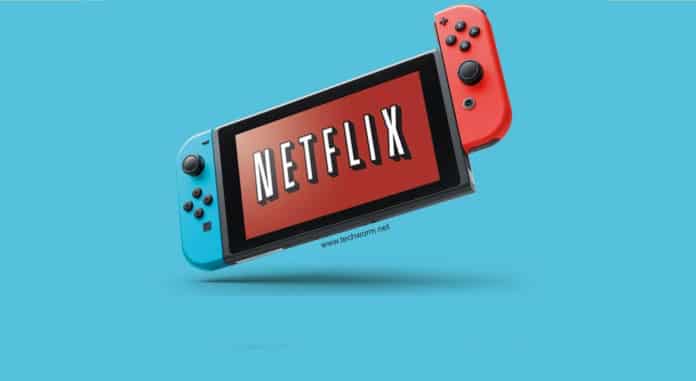 Netflix is the world’s most popular OTT platform, and it is available on most platforms either it is TV, mobile, PC, or set-up-box.

The demand for the availability of the service is increasing day by day, as we are being introduced by a different set of devices/platforms every year.

Gaming consoles are not limited to gaming only, we can do much more than gaming on these gaming consoles, like streaming video content, surfing the internet, etc.

Well, if you have got a Nintendo Switch, you might want to enjoy a few OTT services on that large screen other than playing those addictive retro games.

If so, then continue with the article as we will guide you with how to get Netflix on the Nintendo switch.

How to Get Netflix on Switch?

There are a few methods available on the internet, covered by various blogs, to play Netflix on Switch but none works.

In this article, we are going to discuss and implement the actual methods to download and install Netflix on your Nintendo Switch.

We are very sorry to inform you that there isn’t any easy method to install Netflix on Switch.

Nintendo Switch supports a few OTT services, but sadly Netflix isn’t among them.

Netflix was officially supported on the consoles like Wii U and Nintendo 3DS, and other respective 3DS, but earlier this year Netflix pull the app support from the official Nintendo eShop, and for the Switch eShop, it never had Netflix in the store.

The only OTT services which are officially supported on the Nintendo Switch are YouTube, Hulu, and Funimation, at least at the time of writing this article.

Well, the article doesn’t end here, at the beginning we told you that we are going to download and install Netflix on Switch.

So, let’s jump to the workaround method and install the Netflix application on your Nintendo Switch.

Thanks to the folks at XDA, we will be able to install Netflix on our Nintendo Switch and enjoy all the awesome OTT content along with the retro games.

Before going through the actual process, let us go through the risks that are involved in this method.

We are going to install a patched version of the Android OS on our Nintendo Switch. There are many cons of this process, but you will end up getting a better experience and features out of this.

The end product of the method is a fully functional Android tab with most of the Nintendo features like the joycons. But note that a few apps might not support the joycons.

But the best thing is that you will have the full Android services like Google Play Store, which means you will be able to download as many android apps as you want.

We aren’t going to talk about the process here, instead, we are linking the original guide by XDA Developers which will walk you through the in-depth guide with proper instructions and all the potential risks involved in the process.

After following the steps, you will be able to use the Nintendo Switch as a normal Android tablet, which means you can now download Netflix on Switch via the Google Play Store.

We are again warning you about this step, as you may suffer a few random bugs like quickly draining of the battery, but rest assured, this process is being followed by thousands of users to get full access to their Nintendo Switch.

Although in case you don’t want to go through the whole process to get Netflix on switch, yet want to enjoy some content on your Nintendo Switch then you can download OTT services like Hulu and YouTube directly from the Nintendo eShop.