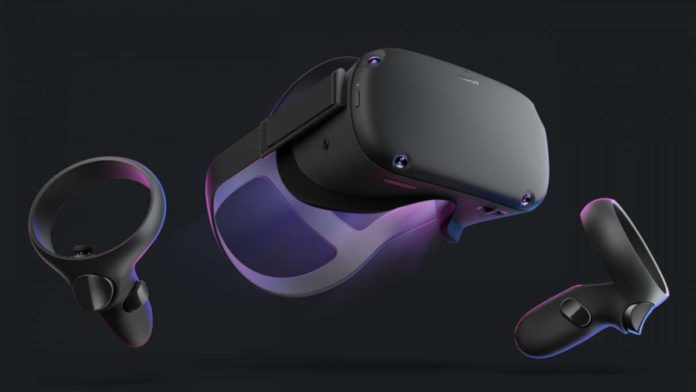 Facebook on Wednesday announced that it will begin small testing of advertisements inside its virtual reality (VR) Oculus headsets.

The testing of ads will start with Blaston, an action game developed by Resolution Games and a couple of other developers that will be rolling out over the coming weeks.

“Our primary focus at Facebook Reality Labs (FRL) is to bring more people into VR, advance the consumer experience, and make progress on our longer-term augmented reality initiatives,” Facebook wrote in a blog post.

“We’re also exploring new ways for developers to generate revenue—this is a key part of ensuring we’re creating a self-sustaining platform that can support a variety of business models that unlock new types of content and audiences. It also helps us continue to make innovative AR/VR hardware more accessible to more people.”

In explaining the new ads trial, the social media giant said Oculus ads will follow Facebook’s advertising principles, the first of which is “build for people first.”

Users will have controls enabling them to hide specific ads or hide ads from an advertiser completely, as well as also access Facebook’s Ad Preferences and “Why am I seeing this ad?” interfaces.

On the privacy front, the addition of ads on the Oculus Platform doesn’t change its privacy or advertising policies.

While testing ads in Oculus apps, Facebook will only receive information like whether the user has interacted with an ad and if so, how—for example, if the user clicked on the ad for more information or if they hid the ad. Besides this, the test doesn’t change how the user’s Oculus data is processed or how it informs ads.

Further, Facebook said that movement data like minimizing what the company needs to deliver a safe and immersive VR experience will not be used to target ads.

Additionally, the company will not use the content of users’ conversations with people on apps like Messenger, Parties, and chats or their voice interactions to target ads.

Depending on user feedback, Facebook may increase the ads as part of efforts to make Oculus Quest a mainstream platform.

“Once we see how this test goes and incorporate feedback from developers and the community, we’ll provide more details on when ads may become more broadly available across the Oculus Platform and in the Oculus mobile app,” the company added.

While the in-headset ads are still in early testing, Facebook revealed that these ads could provide new ways for software developers to generate revenue. It is “exploring new ad formats that are unique to VR.”

The company concluded, “A more profitable content ecosystem is a critical step on the path to consumer VR becoming truly mainstream. And that’s something we think is worth celebrating.”

Last month, Facebook had started rolling out test ads in the Oculus mobile app, which it said was to give developers a “new way to showcase their VR applications”.