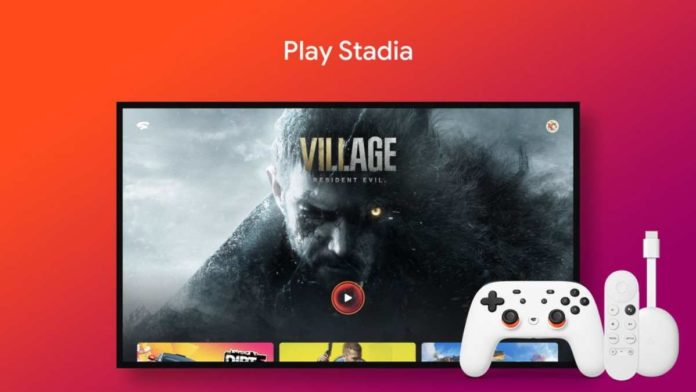 Google on Monday announced that the first version of Stadia, Google’s cloud gaming service, will be coming to Chromecast with Google TV on June 23rd.

Besides Chromecast with Google TV, the search giant says it will also bring Stadia to the recent Nvidia Shield devices and several other Android TV OS devices.

The search giant expects to “see millions of more TVs come to life with games available to play instantly with Stadia.”

The games you love, now on even more screens you own.

Stadia will be officially supported on the following devices:

To get started, all you need to do is install the Stadia app on your Chromecast with Google TV or supported Android TV device from the Play Store, launch it from the “My Apps” row on your TV, and press “Continue” at the opt-in screen.

You will be able to use a Stadia Controller or a compatible Bluetooth controller to play games. More information on compatibility will be soon updated in the Stadia Help Center.

For those whose Android TV OS device is not featured on the above list can opt in to test an experimental version to play Stadia.

Please note that this feature is still in development and may not work perfectly on every Android TV OS device.