Released around a week ago, AMD Radeon RX 6600 XT is already out of stock at a majority of retailers.

Reason being the fact that the midrange graphics card offers a small 32 MH/s. However, it does so at just 55 Watts. This makes the RX 6600 XT the most efficient cryptocurrency mining graphics card ever. 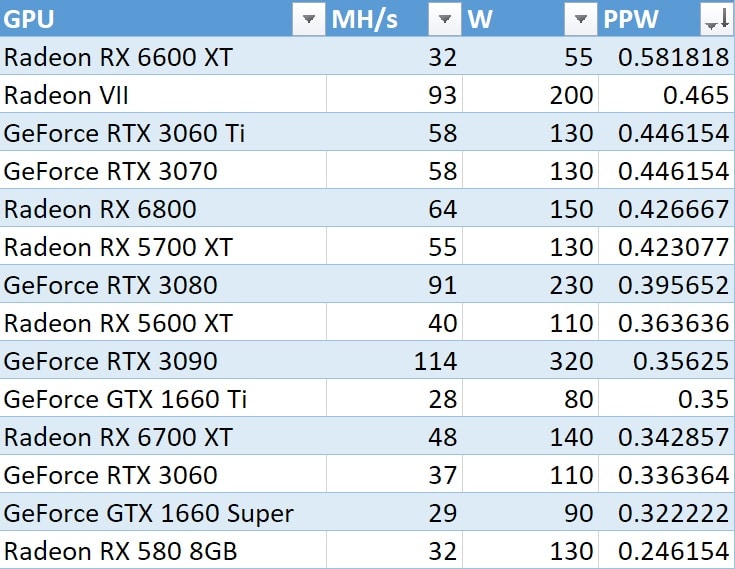 The similarly priced and ultra-tweaked GeForce GTX 1660 Ti offers 28 MH/s at 80W. In terms of mining performance per watt, AMD Radeon RX 6600 XT is clearly the best out there. Earlier this crown was owned by AMD Radeon VII.

So here’s everything you need to know about the unbelievably good AMD Radeon RX 6600 XT.

When it comes to mining, performance per watt is one of the most valuable metrics.

Since ETH mining is memory intensive the core of the aforementioned card can be underclocked to around 1.2GHz and the VRAM can be overclocked up to 2.2GHz. This simple trick maximizes the profit and helps the card to achieve 32.16MH/s EThash on DaggerHashimoto. 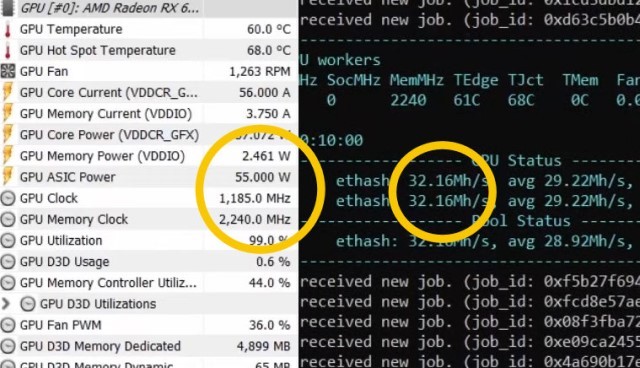 The person who found out the potential of this card on Reddit stated that “6600 XT is low-key the best mining GPU in history (a.k.a. MSRP never)”

“Hey guys, didn’t expect this to blow up like. The numbers were taken from whattomine (and cross-referenced with some basic searching), I know they make not be 100% accurate but for consistency of data decided to go with one source, I will update as I hunt down some better numbers particularly for better tuning of cards. Only for 6600XT were they from someone else who got his hand on the card early.”