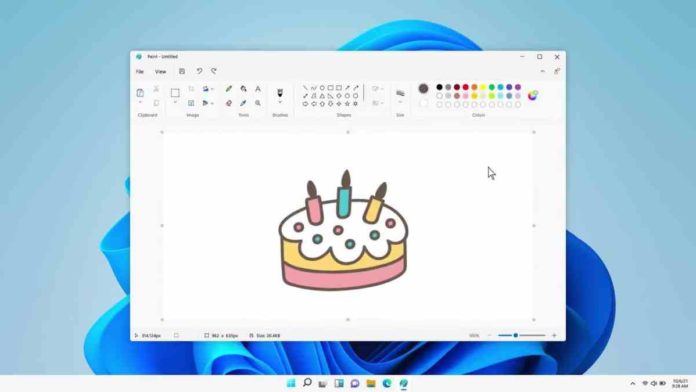 In June, Microsoft had officially announced its next major operating system, Windows 11. Ever since the announcement, the company has already rolled out updates for a number of Windows 11 apps such as the Snipping Tool, Calculator, Mail, and Calendar.

It is no hidden fact that Microsoft is trying to bring the MS Paint app up to the more modern design language of Windows 11. In the teaser video, the company shows off the refreshed Paint app adding support for Dark Mode, which was never done in Windows 10.

Further, the app includes a new command bar, an updated UI with modern icons, and rounded corners throughout the app. The brush menu is now a drop-down list that shows how each of the brushes will look like as well as their effects. The app also includes more clearly marked brush stroke previews and text icons.

Microsoft’s font tool for Paint will include size, alignment, and other options that users can change. Also, the colors on the ribbon use circles instead of squares now. However, there are no options for layers.

Like the other Windows 11 in-box apps, the updated Paint app may also be rolled out via the Microsoft Store. Currently, it is unclear when the app will be available for testing for Windows Insiders. Hopefully soon!